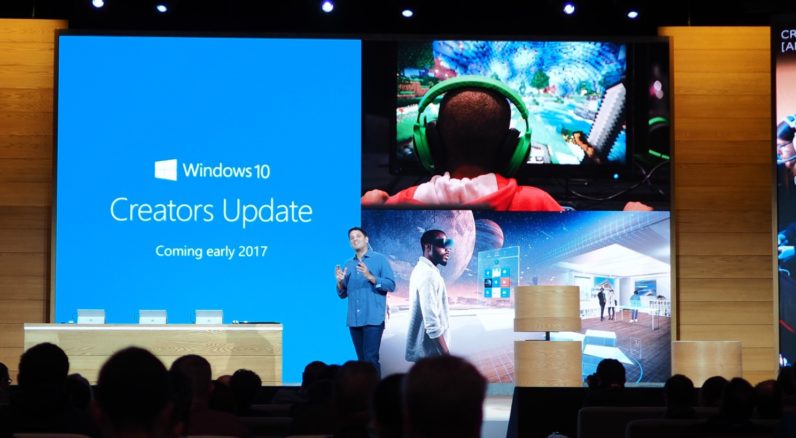 At its event in New York City today, Microsoft is announcing several new features that it plans to add to Windows 10 in a forthcoming update that it’s calling the Creators Update.

The next major build will focus on 3D content creation, high-end gaming and sharing. It’ll become available next year.

The update is huge on 3D, from scanning real-world objects to printing them, integrating them in artwork and sharing them through Paint 3D and the new Remix3D community. In addition, 3D imaging features will become available next year in Word, Excel and PowerPoint so you can create more visually appealing documents.

Microsoft has worked hard to bring Xbox gaming features to the desktop, including community engagement and cross-platform games through the Xbox Play Anywhere program.

It’s now announced a couple of interesting new additions to the platform:

The update will also bring Windows MyPeople to make it easier to connect with other users in your life. For starters, the SMS Relay feature will let you view and reply to texts from your phone right on your desktop.

Furthermore, you’ll be able to tap a contact who’s messaged you, and then view your Skype chats with them, as well as see emails they’ve sent you – all from a single desktop pop-up. This will work with Windows and Android phones.

In addition, the Creators Update will also introduce ‘Shoulder Taps’, which is kind of like Facebook’s Pokes. It’ll let you reach out to people with animated stickers that’ll pop up on their desktops. You can even use your own stickers created in Paint 3D.

The Creators Update will come to the Windows Insider program this week, so eager beta testers can check out the new features before they become publicly available early next year.

Read next: Microsoft Paint gets a massive update with new tools for 3D art