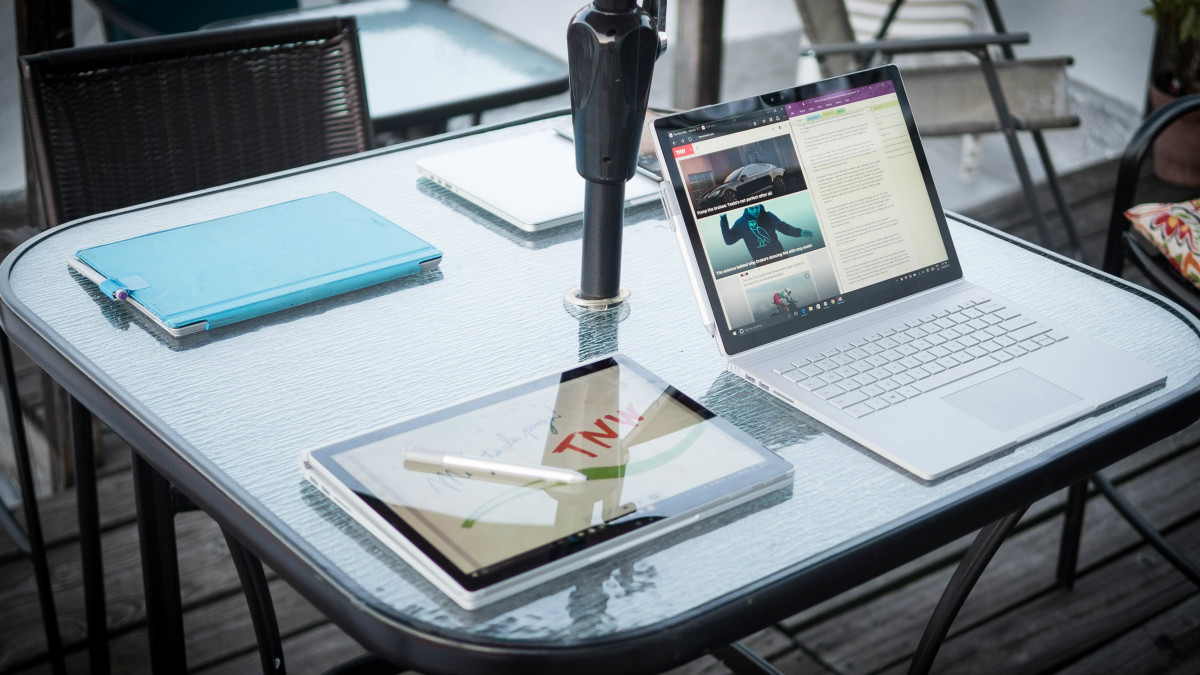 If you’re not familiar, Microsoft shocked the tech world earlier this month by unveiling its first ever laptop in the form of the Surface Book. It also happens to be a 13.5-inch tablet, but even if you only use it in laptop form, it’s one of the best computers you can buy right now (our review here). It starts at $1,499.

Meanwhile the fourth iteration of the Surface Pro line is less of a dramatic aesthetic departure, but it does a great job of making just about everything better over its predecessor (our hands-on here).

The screen is now slightly larger – 12.3-inches vs 12 inches – with a smaller bezel. Most importantly though, the new fourth-generation keyboard and touchpad are actually pretty great, and improved thermals mean less throttling and CPU slowdowns.The SP4 starts at $899, and that doesn’t include the $129 Type Cover, but that’s okay if you have an old one lying around.

Both devices are configurable with Intel’s latest 6th-gen Skylake processors, an feature up to 16GB of RAM and 1TB of storage. The Surface Book differentiates itself, however, by offering a dedicated GPU starting at $1,899 (there used to be a $1,700 option, but that seems to have disappeared), and claiming up to 12 hours of battery life versus 9 on the SP4.

Some people pre-ordered the devices and actually received them before now, but today marks the first time you’ll be able to buy them from physical retailers as well. The Surface Book and Surface Pro 4 are available from Microsoft’s official Web storefront, as well as some other retailers like Amazon and Best Buy, among others.

Read next: The UI to UX Designer Toolbox offers great design assets at a price of your choosing