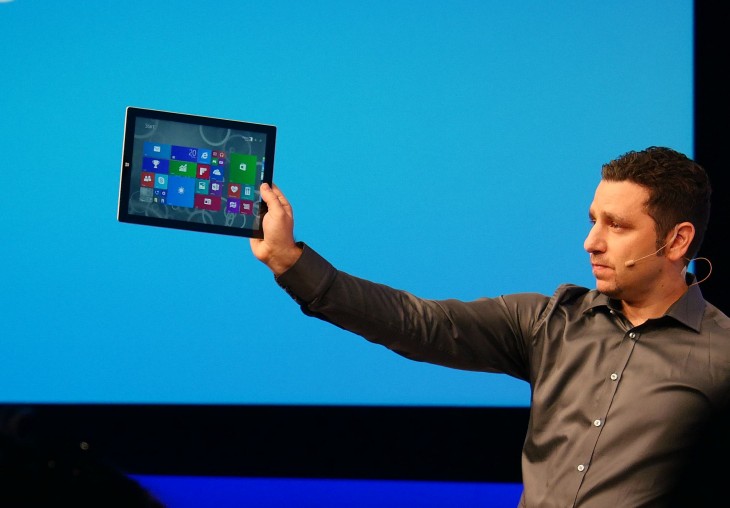 To go alongside its new Surface Pro 3 tablet-laptop hybrid, Microsoft has unveiled a new version of its Type Cover. Panos Panay, Corporate Vice President for Surface Computing at Microsoft, introduced the new typing accessory in a range of different colors, including black, orange, purple, dark blue and light blue.

Panay said Microsoft has put “a ton of energy” into the new trackpad in response to overwhelming criticism held against prior iterations. “We did not get any praise for our trackpad,” he explained. “I am super clear. I heard it. We heard it. Oh my gosh, did the engineers hear it.”

The new trackpad is 63 percent larger than the previous Type Cover and also boasts 78 percent less friction. Microsoft said it’s also “lowered user fatigue” and made the new typing experience “the fastest possible.” It’s difficult to know what that equates to in terms of hardware, but it sounds like Microsoft has, at the very least, put a ton of effort into improving the accessory.

The keyboard and trackpad peripheral has also been designed so that, unlike prior iterations, the Surface Pro 3 can be used effectively on your lap. The new Type Cover “clicks into the screen” for greater stability, making it feel closer to a traditional laptop. The hardware is actually magnetically sealed to the display, which should help the hardware combo feel like a cohesive unit.

“Sometimes the most subtle innovation can have the largest impact,” Panay explained to the crowd.

Read next: Shutterstock branches out into music with a simple license of $49 per track