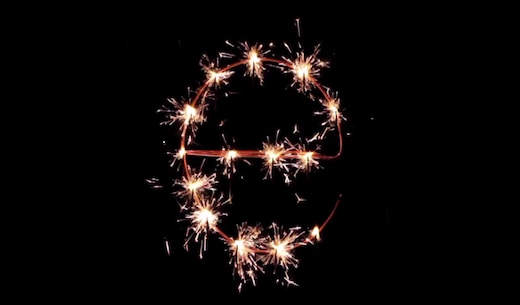 Internet Explorer hasn’t had the best reputation over the past few years, and for good reason. IE basically had a browser monopoly, and when competitors like Firefox grew in popularity, hatred for IE grew with it. No standards support, ample bugs, security holes; the list goes on and on.

Out of all the trash talking that the blue E has received, it’s likely that the strongest words have come from developers. Even now, as IE6 rests in its grave, some devs are still coping with all the horrible work-arounds and hacks they had to use just to make designs look presentable in the out-dated browser.

But now, it appears a ray out light is shining through the storm clouds. IE9 has turned over an entirely new leaf, particularly with its wide-ranging support for open standards. The team knows how people feel, and they’re looking for a second chance. I’m half surprising myself now as I write this, but I think they may deserve one.

Looking back at its history, Microsoft spent some time pushing new standards with IE. In fact, Mac IE5 was the first browser to fully support CSS 1 in 2000, despite the fact that the standard was first published in late 1996.

It received the #8 spot in PC World’s 25 worst tech products of all time. The security hole-laden software took forever to die, becoming the butt of countless jokes like this april fool’s petition to save IE6.

What’s funny and somewhat sad about today’s situation is that Microsoft knows all of this. Yes, the secret’s out and now the folks back in Redmond are attacking the problem head-on with a rather ballsy campaign: The Browser You Loved to Hate. It hasn’t struck a chord with everyone here at TNW, but it’s at least honest. From the site:

Some people are trying the new Internet Explorer and actually liking it. Not that they would say that out loud. Curious? It’s a new browser.

PR aside, it’s important to ask what is IE doing right, and where does it have plenty of work left to do.

Starting with the bad, the biggest problem for IE9 may actually be IE8. The world is still showing Windows XP a lot of love and with it comes a long and healthy life for IE8, since IE9 won’t be hitting the outdated OS. As you might have guessed, the ninth iteration of Microsoft’s browser is much more capable than its older sibling, but lingering versions won’t help reverse the browser’s reputation among developers and the tech-savvy.

Secondly, despite some claims, IE9 isn’t completely leading the way in terms of HTML5 and CSS3 compatibility. Honestly no browser is in every single way. And while IE9 does support tons of new features, some features supported by other browsers aren’t supported at all in IE9, including:

As for the good, IE9 is certainly a step in the right direction. The WC3 has even given the browser a nod in recent tests, particularly due to its support for video and canvas. The NY Times, Wired and Forbes also all appear to be big fans of the latest version’s overall speed and security improvements. Lastly, early looks at IE10 already shows how driven the team is to eliminate other shortcomings, like those in the list above.

It’s hard to know exactly where Internet Explorer will be over the next few years. It’s been and will continue to be a major Web browser, but as for its horrid reputation among the geekier crowds, tension will take a while to ease.

If, however, the team behind IE9 can continue moving the blue E forward, there’s no reason why the tech community should stubbornly avoid it like the plague. What really matters here is quality, and in order for IE to truly regain its market share, it has to deserve it.

Soon, we may be quite surprised with how far it’s come. Right now, the browser has my attention.