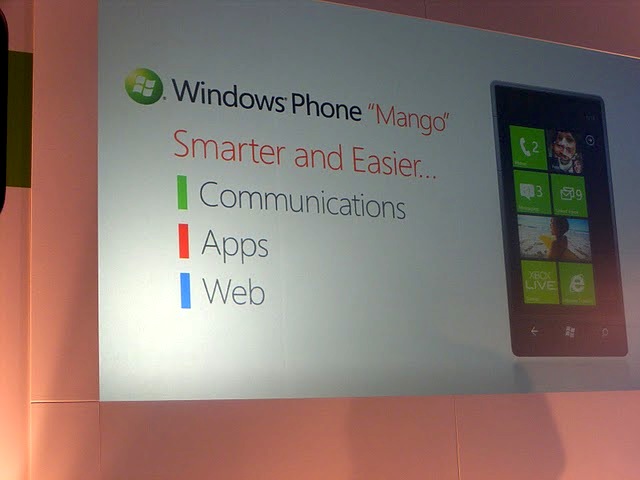 With confirmation that Microsoft’s Windows Phone 7.5 “Mango” update is due to land within two weeks, it seems that AT&T Windows Phone owners now have a definitive date for when they will receive the much-anticipated new release, with leaked plans confirming a September 27 launch.

WPCentral received a number of emails sent between AT&T employees in the know, providing details on the company’s Mango updates and a definitive schedule.

Starting September 27, 2011, Microsoft has approved and is planning to release a new “Mango” update to AT&T customers using:

A subsequent release is projected to be available for customers with the HTC HD7S (SKU 65255) in early to mid October. A subsequent advisory will be provided for the HTC HD7S after the MR update has successfully passed TA.

The update will require device owners to download new Zune software from Microsoft and to plug in their phone – pretty standard.

However, owners of the Samsung Focus will receive one of two available updates, depending on the hardware revision of the device itself. Owners of a v1.3 Focus will get the update on September 27 but those owning a v1.4 device will have to wait another month:

The Samsung team came back an provided this information about WINDOWS 7.5 for the Samsung Focus devices.

The device builds have been thought to have been ready for a number of weeks, with carriers and OEMs testing the final releases before they roll out. It is not known if other mobile operators will adhere to a similar timeframe, we imagine Microsoft will be bullish about having the update available to all customers by a fixed time.