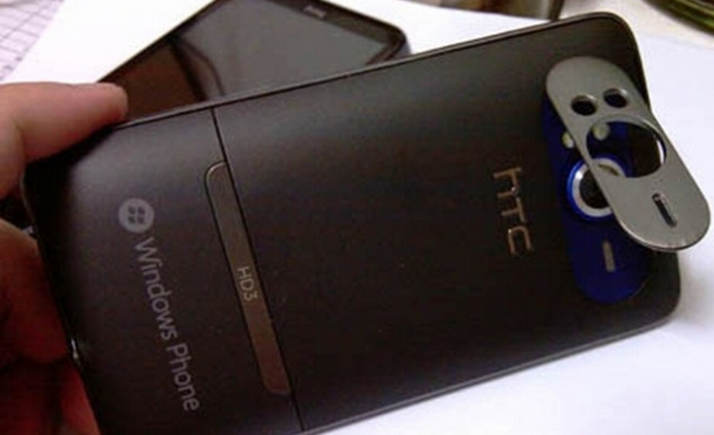 While AT&T and T-Mobile are trying to come together to form an archon, that is not stopping AT&T from starting to carry a version of the HD7, the HD7S, a phone that was previously only sold by T-Mobile in the US.

What is the difference between the HD7, and the HD7S? The HD7S will have a ‘Super LCD’ display, making it actually quite different, from a hardware perspective, from every other US available WP7 handset.

We suspect that if AT&T and T-Mobile actually tie the knot that the combined entity will only carry the HD7S, but the new corporation could in fact sell both, with the less capable HD7 at a lower price point. Whatever the case, say hello to the new hardware coming to AT&T:

According to AT&T the phone will be coming in “weeks.” We have pasted the full release below for your perusing pleasure.

, a global designer of mobile devices, today announced that the HTC HD7S smartphone will be available as part of the AT&T family of devices in the coming weeks. The slim, sleek HTC HD7S is optimized for high-impact visuals with a large 4.3″ high-resolution screen, high-definition video capture and a focus on gaming that realizes the power of Xbox LIVE —bringing gameplay to life. With the HTC HD7S, HTC is bringing its second Windows Phone 7 device to AT&T and, along with the HTC Inspire 4G, now offers two super LCD 4.3″ display devices for AT&T customers.

“Combining Windows Phone 7′s integrated entertainment services, including Xbox LIVE and Zune, with the largest screen available on a Windows Phone 7 device as well as outstanding Dolby® Mobile and SRS WOW™ audio, the HTC HD7S is the ultimate mobile entertainment device,” said Jason Mackenzie, president, HTC Americas. “As an increasingly important part of people’s lives, HTC believes in delivering unparalleled choice to the smartphone market. With the announcement of the HTC HD7S, HTC continues to successfully deliver on this promise.”

The HTC HD7S is an entertainment lover’s dream. A 1GHz processor can handle data-intensive applications, while integration with Zune means that users can enjoy not only music, but their favorite videos and movies in cinematic-style on the large 4.3″ high-resolution screen and built-in kickstand. For those who refuse to compromise on their mobile gaming experience, the HTC HD7S brings gameplay to life by harnessing the power of Xbox LIVE. For capturing video with incredible quality and detail, the HTC HD7S features a 720p HD camcorder.

Windows Phone 7 delivers a simple, streamlined and integrated experience on the HTC HD7S through Windows Phone Hubs. Windows Phone Hubs bring together a related set of applications, services and content into a single view to simplify common tasks. With the exclusive HTC Hub, HTC is providing a unique series of applications and utilities that include weather and stock applications and a photo enhancer that enables a person to apply special effects before sharing photos with their friends. The unique AT&T U-verse mobile app, which allows U-verse customers to manage their DVR recordings, browse TV listings, and download and watch hit TV shows on the HTC HD7S’s extra-large display, is also integrated into the device.

The HTC HD7S is slated to be available through AT&T in the coming weeks.