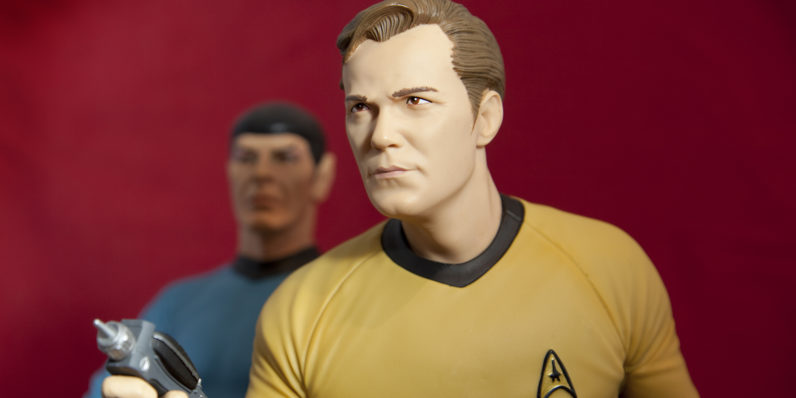 Star Treks’ original series, The Next Generation, Deep Space Nine, and Voyager all have one actor in common: Majel Barrett-Roddenberry (wife of Star Trek creator Gene Roddenberry). She voiced the iconic computer for all those series, letting captains know what various atmospheres are composed of and which decks are breached.

Barrett-Roddenberry was the science fiction precursor for Siri and Google Now, the same way the communicator was the precusor for the cell phone.

And even though she died in 2008, she still might be part of the upcoming show Star Trek Discovery. Roddenbury Entertainment revealed on Twitter this week that Barrett-Roddenberry’s voice was phonetically recorded. This means she can be the computer’s voice for a new ship.

Majel's voice is recorded phonetically, &we're working to get her voice for things such as Siri, maybe voice of the computer on #STDiscovery

This is great news as-is, but it gets better: we might possibly see a wide release for this library. It’s too early to know what that might look like, but we could live in a world where Barrett-Roddenberry’s iconic voice lives in our phones, reading notifications and directions to us during our own adventures.

That would be amazing. Please, Roddenbury Entertainment: make it so.

Read next: Hands-on: LG's V20 is a multimedia beast with a removable battery