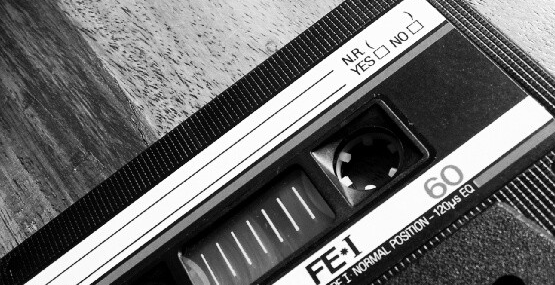 Back in November, we reported on a new partnership between Rumblefish and APM Music (a joint venture of EMI Music Publishing and Universal Music Publishing), which enabled users to spice up their YouTube videos with a new library of songs. Legally, of course.

Just to recap, Rumblefish offers a pretty extensive music catalog for use in videos, with almost 6.5m social soundtracks licensed to date. This offering has been available since early 2011 through the Rumblefish API and Friendly Music, letting YouTube video creators access hundreds of thousands of song for their online flicks.

Now, Rumblefish is teaming up with Pixorial, to give users of its online video platform access to what it’s calling “the world’s largest copyright-cleared soundtrack catalog.”

Pixorial is a browser-based video storytelling platform that lets users create, share and collaborate on videos. It comes with 10GB of memory to store videos in the cloud.

With this partnership, Pixorial will offer a pretty broad catalog of music to its users, reeling in all the key features from Rumblefish’s music search and recommendation tools.

“This partnership makes it even easier for anyone to create memorable videos,” says Andrés Espiñeira, Pixorial founder and CEO. “We’re removing one of the biggest hurdles faced by anyone who has ever tried to add a song to a video and share it publicly. Now, we provide our users with access to music previously only available to major motion picture producers and advertisers.”

Features include MoodMap, What’s the Occasion and Editor’s Picks, so users don’t have to trawl the catalog – they can pick the mood or occasion and receive recommendations accordingly.

The music library is expected to roll out later this year.

“Pixorial users don’t fit the same profile as those who use sites like Vimeo and YouTube,” explains Paul Anthony, founder and CEO of Rumblefish. “Most Vimeo users can be considered ‘prosumers’, and YouTube is the de facto place for individuals or businesses looking to promote themselves or their services.

“Pixorial users are different ,” he continues. “They’re individuals who capture life events and occasions on video and want to add some fitting music to create the most meaningful memory to share with friends and family. Rumblefish fits in as a perfect partner, since we offer the world’s largest soundtrack catalog and bring the complexity of music licensing into Pixorial’s wonderful app. We make it easy for our partners.”

Interestingly, Rumblefish hit our radar under bizarre circumstances last year when a YouTube video containing only the background soundscape of birds chirping was hit with a copyright claim. YouTube’s automated system had flagged the content as belonging to Rumblefish.

The video, uploaded by Eeplox, features him picking some fresh ingredients for a salad, with the faint sound of birds chirping in the background. While Eeplox disputed it, a Rumblefish employee apparently managed to review the video and determined that the chirping birds did belong to the music company. You can read all about that whole episode here.

Read next: Flickr overhauls its Android app to include new tabbar, pull to refresh and allow users to edit metadata