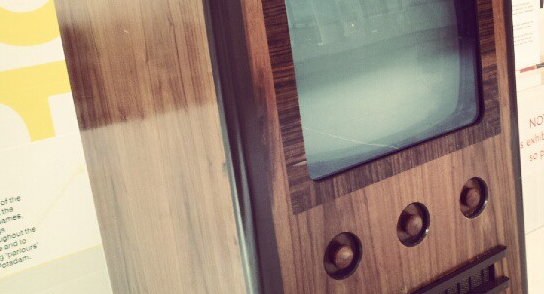 Mobile devices are the ultimate second screens for the modern TV-viewing generation. From Zeebox and TVcheck, to Twitter and Facebook, countless sofa-surfers lounge in front of a big-screened beauty, whilst discussing what they’re watching through a mobile application.

With that in mind, video and audio content identification company Vobile has launched its TVSync connected TV and second screen API platform, which it’s touting as the first developer platform that support apps that bring the connected TVs experience to all four screens – smartphone, tablet, PC and Smart TVs.

The platform will be made available to broadcasters, cable companies, publishers and other content providers, with TVSync’s open API leveraging Vobile’s video and audio ACR (Automatic Content Recognition) technology to create new apps that can sync in real time to the content a user is watching.

So..what exactly does this mean?

The platform connects broadcast audio and/or video to related content and services on another device. This means content owners and advertisers can deploy immersive second-screen experiences using TVSync.

Example – ticket offices and sports apparel can be linked to broadcast sports, letting viewers in a sports bar make purchases by pointing their smartphones at the screen. Alternatively, if you’re viewing a cable TV show at someone else’s house, you can finish watching the program at home later, or on your mobile device. You can schedule a DVR to record a single episode or a full season, simply by sampling the screen for a second.

Or, it could simply mean that you can buy related products by waving your phone at your TV:

We’re already seeing innovative use-cases of the second-screen experience around the world. Whilst Shazam is perhaps best known for its music discovery technology, its expansion into television has opened the doors to new opportunities for the company, letting viewers engage with their favourite shows and ads for additional content and offers.

Following a hook-up with American Idol in April, Shazam lined up a landmark deal with British broadcaster ITV, promising to let viewers snap up products they like during ad breaks, using nothing but their smartphone and Shazam’s mobile app. The first of these ads featured during the Britain’s Got Talent grande finale on May 12. And last week we reported that fans were going crazy for this technology.

Given that TVSync can automatically recognize video and audio content of specific programs, reality show producers will be able to incorporate instant polling or social media activity into storylines. And as with Shazam, viewers will also be able to access enhanced content on demand – this could be something as simple as obtaining a recipe during a cooking show.

Founded in 2005, Vobile is headquartered in Santa Clara, California, with additional offices in China, Japan and Singapore. It already supplies content identification to some of the world’s leading brands, including all six Hollywood major studios and the four largest broadcasting TV networks. Its VDNA technology, which powers the TVSync platform, has been commercially available for more than five years already, and it identifies and tags more than 150 hours of audiovisual content every minute.

“Change is on the way in how consumers interact with content across multiple devices — change that will be as disruptive as the introduction of iPhone five years ago,” says Yangbin Wang, CEO of Vobile. “With TVSync, we are ready to help both incumbent companies and entrepreneurs transform the four screen media consumption experience.”

TVSync’s API will be compatible with all iOS and Android platforms, and it can be used with any combination of devices and media.