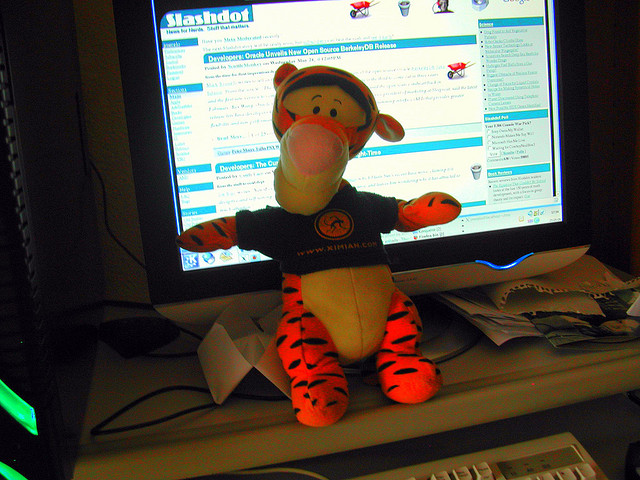 The geek community site Slashdot has just launched a new vertical called SlashCloud. This is the site’s second topic-centered page; a couple of weeks ago, it launched  a business intelligence channel called SlashBI.

As for SlashCloud, GeekNet’s senior editor Nick Kolakowski explains that it is dedicated to “offering the latest information about the field of cloud computing, including new applications and companies.” Here is an introduction video about the new channel:

SlashCloud’s content model is different from Slashdot’s river; instead of user submissions, it will consist of a “mix of news and commentary from journalists, business leaders, analysts and application creators.” Contributions will be curated by a team of three editors who are currently working on the construction of these verticals.

As a matter of fact, Slashdot’s parent company GeekNet is maintaining a clear separation between Slashdot and these new verticals. According to Kolakowski, they are “meant to complement Slashdot with an added layer of insight into a very specific area of technology, without interfering with Slashdot’s longtime focus on tech-community interaction and discussion.”

There are reasons for Slashdot to be very cautious. With such an established and strong user base, it has to make sure that its innovations won’t annoy its core community and infringe on what made it so popular in the first place. When SlashBI was first announced, it didn’t take long for ‘Anonymous Cowards’ to say that the site had ‘jumped the shark.’

However, this criticism seems quite unfair, considering how separate these standalone pages are from Slashdot’s main page, where their presence is very discrete. To find them, you need to you hover your mouse over the Channels tab in the top bar, and you will see links to both SlashBI and SlashCloud. GeekNet’s VP for Internet marketing Dennis Goedegebuure explains:

Still, it is undeniable that these new verticals are part of Slashdot’s growth strategy. A few weeks ago, the site launched its own video channel, Slashdot TV, while revamping its newsletters. As for these new verticals, Kolakowski says that they are “designed to complement the existing community as well as bring in new readers.” From a commercial perspective, they will also likely help Slashdot monetize its platform:

“Based on community engagement, industry growth in cloud and BI, and a clear interest from advertisers, a vertical strategy was prioritized to address the need,” Goedegebuure says. “Using WordPress, through an agile product development process, the verticals have been built at minimal cost, with flexibility in mind to expand where an opportunity appears.”

It is also worth noting that this is just a start, and we wouldn’t be surprised to see Slashdot launch new topics over the next few months. But for now, its product team remains focused on creating the best user experience by answering to feature requests for Slashdot’s core site.