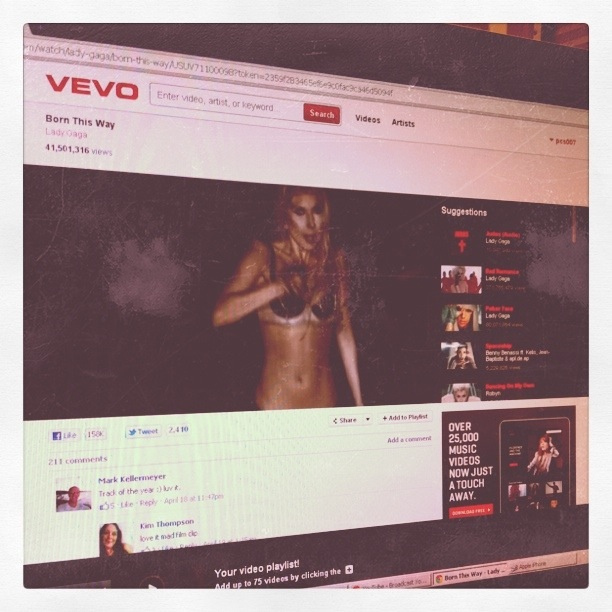 Vevo has seen a sizeable increase in engagement since the relaunch of its site a few weeks ago, its CEO Rio Caraeff revealed in an interview with PaidContent. The video was recorded in parallel to the Guardian Changing Media Summit, where Caraeff delivered an interesting keynote earlier today (see our full coverage of the event).

With 45 billion views per year, Vevo’s key figures are certainly impressive. Even more interestingly, its recent relaunch had a strong impact on some key metrics. According to Caraeff, the number of videos streamed by user has increased by 70% since the refresh. Vevo’s enhanced integration with Facebook is also bearing fruits, and Facebook sharing has grown 100%, he said.

This brings back a recurring question: will Vevo ditch YouTube in favor of Facebook? However, this would be underestimating YouTube’s importance for the company; in North America, 30% of Vevo’s streaming happens off of YouTube (and 10% in the UK).

Still, Caraeff makes it clear that Vevo doesn’t want to “put all its eggs in the same basket”. Hence its effort to bring its Vevo-branded music experience “everywhere”, from mobile and tablets to connected TVs… and Facebook.

Without referring explicitly to Facebook, he explained that several companies reached out to Vevo with the hope to grow their partnership. As a result, Vevo is now in talks with these players to think of ways to create “a more intimate experience.”

More generally, Vevo is also working on expanding its brand internationally. Following its UK launch, it is now planning to deliver its service in 6 additional countries.