One week after we reported that Vevo users would soon only be able to log in using their Facebook credentials, the video-streaming website is rolling out an entirely new version of the platform, that’s “bigger, smarter and faster” than ever.

From today, Vevo will be a “personalized, social, long-play viewing experience,” says Michael Cerda, who joined Vevo as Product Head Back in August.

Now when you log in to Vevo using Facebook (you’ll have no other option), it will scan your Facebook activity stream and create a personalized “Facebook playlist.” So, if you ‘Liked’ a specific artist, or shared a song, the relevant videos will automatically be reeled in to your playlist.

You may also remember a couple of months back, Vevo launched an update for its iPhone app, introducing its new ‘Match’ service that scans users’ iPhone libraries and delivers music videos of the songs and artists based on this. Well, from today, Vevo’s iTunes Match scans your iTunes library on your computer and creates a playlist of music videos accordingly.

Alternatively, you can also search for videos manually, watch it and Vevo will create a long-play viewing playlist based on your selections.

“Our friends at The Echo Nest are helping us bring even better video recommendations to you than ever before, enhancing Vevo’s music discovery,” says Cerda. “You’ll also notice the new Vevo player is bigger, the quality is better, and the videos not only play faster but they also play continuously.”

In the new player, you can click to view the lyrics of the videos you’re watching, read an artist’s bio, and also browse news headlines relating to the on-screen artist.


Before Cerda joined last year, he says that he wrote Vevo CEO Rio Caraeff a long email. “While I was trying to impress him, I was also trying to impress upon him the opportunity Vevo has to synthesize the emotional connection between music videos and fans,” says Cerda. “I wanted to transport the magical feeling I had as a kid when I started watching music videos and apply it to today’s connected digital world. Rio and I talked about migrating Vevo from a website to an experience.

“What if we could usher fans to their seats so they could enjoy a personalized show?”, he asked. “What if we 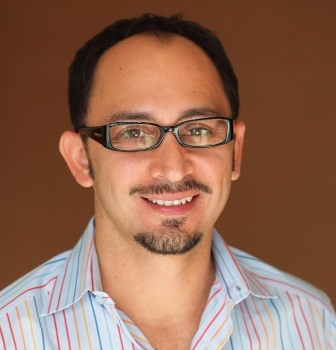 made it interactive with friends? And what if we enhanced the show with cool contextual content along the way? If we could find a way to do all this, we would achieve an unprecedented music video experience. Fast forward six months and I am pleased to say today we have realized that vision.”

So, Vevo has been overhauled, but Cerda says it’s only the beginning. “The best product experiences are never done,” he says. “They live, breathe and get better over time.”

Oh, and Vevo has just announced its Xbox app too.