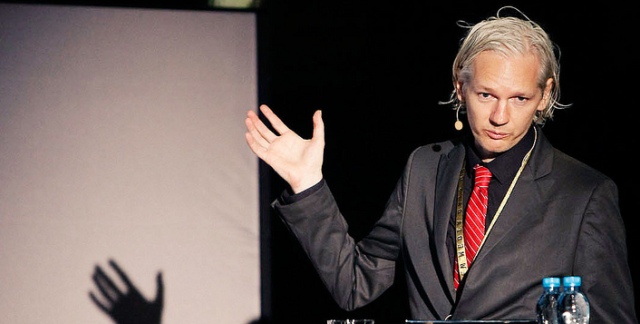 Despite an extradition to Sweden hanging over his head, WikiLeaks founder Julian Assange is to host his very own TV show, which will see him interview “key political players, thinkers and revolutionaries” from around the world.

The announcement arrived on the WikiLeaks website late last night, and it noted that the broadcasts will center on one key theme: The world tomorrow. It says:

“Upheavals and revolutions in the Middle East have commenced an era of political change that is still unfolding. In the West, the deterioration of the rule of law has demonstrated the bankruptcy of once leading political institutions and ideologies. The internet has never been so strong, or so much under attack.”

The concept behind the TV series is about rethinking the world around us, with WikiLeaks spearheading what it calls this “global movement for understanding and change,” before noting that Assange is “one of the world’s most recognizable revolutionary figures.”

“Through this series I will explore the possibilities for our future in conversations with those who are shaping it,” he says. “Are we heading towards utopia, or dystopia and how we can set our paths? This is an exciting opportunity to discuss the vision of my guests in a new style of show that examines their philosophies and struggles in a deeper and clearer way than has been done before.”

The series will kick-off from mid-March, and will constitute ten weekly half-hour episodes. WikiLeaks says that initial licensing commitments will see it reach over 600 million viewers around the world, whilst it’s actively inviting interested parties to request a licence for their region.

Whilst it’s not yet clear who the guests on the series will be, it’s interesting that despite Assange facing extradition to Sweden on serious sexual assault allegations, pending an appeal to the highest UK judicial authority, he’s still focusing his efforts elsewhere.