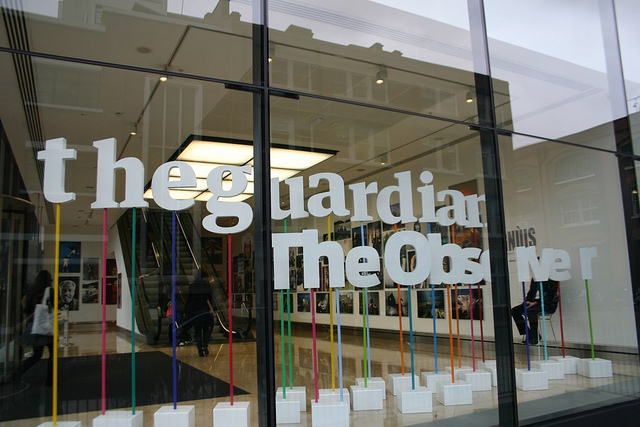 2011 was a busy year for the media; as we recalled last week, media became increasingly social, the success of long-form content surprised naysayers and tablets changed our relationship with news and entertainment.

But that was last year; now that 2011 is over, it’s time to look at the changes ahead of us this year. Here are our best bets for online media trends in the upcoming twelve months:

Everything, everywhere – *the industry’s way

When we buy content, from e-books and songs to TV shows, we should be able to access it from any platform. This is a demand of which the media industry already took notice in 2011, promising to take action to counter piracy. However, many of these solutions have been delayed, and will only become available this year.

So will 2012 be the year of “everything, everywhere”? Recent developments suggest that it could well be, however there are likely to be a number of caveats, from DRM to formats and other exceptions. UltraViolet, the digital locker to which Hollywood movie studios have managed to agree, is the proof of it. While the idea is promising, its release in November in the US has received harsh reviews and plenty of criticism from early testers.

In short, what the industry will sell us as universal standards will include asterisks: works on all devices* (except your brand new Apple TV); compatible with all tablets* (that can handle our plugins); available worldwide* (except in your country).

Forgive the irony: we are fully aware that licensing isn’t easy, and that doing things legally means negotiating deals, sometimes with direct competitors, something illegal sites don’t have to worry about. The official media industry still has a long way to go to make its content as convenient as the pirates’ – but let’s hope that things will get a boost in 2012.

In the same way that overseas revenues have become increasingly important for Hollywood studios, media outlets show a growing interest in foreign audiences.

This is the case for The Huffington Post, which is aiming to double its global audience in the next two years, the FT reported. Its international expansion will be supported by local partnerships, with 2012 seeing the launch of ‘Le Huffington Post’ and ‘El Huffington Post’ (sic), aimed at French and Spanish readers respectively.

It’s not just in the US: UK’s The Guardian has recently launched a US site as well as a section in Arabic. Language remains indeed a barrier, although a startup like Worldcrunch is trying to bring it down by offering translated content from top publications such as Die Welt, Haaretz, La Stampa and Le Monde (as we covered in March).

Overall, we expect many media brands to go global this year – news sites, including tech ones, but also other media services. As a matter of fact, services and companies such as Amazon, iTunes, Netflix and Spotify have intensified their global rollout over the last months.

While it may seem contradictory at first, going after global audience and going local are actually part of the same trend: getting closer to the reader. Hyperlocal has been in the air for quite a while, and although it hasn’t proven a tremendous success so far, media companies don’t seem ready to give up just yet. Most of them seem convinced by the power of local – not only in terms of content, but also for monetization, as this sort of segmentation could obviously be attractive to advertisers. 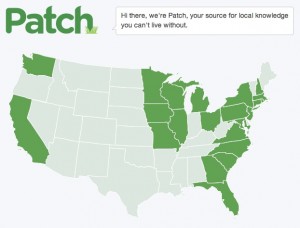 AOL is one of the main believers in this market, and seems undeterred by the fact that its Patch network still has to take off, despite the group putting significant emphasis on it. Its property, The Huffington Post Media Group, has recently acquired the online platform Localocracy, which focuses on discussing local issues, and launched a local edition of the HuffPo in Miami.

This is also a sector The Guardian has been venturing into, albeit in a more experimental fashion. As we reported, the British newspaper launched a project called N0tice, which we described as “an online community noticeboard, upon which news, details of events, and local special offers can be posted for other users” – which certainly sounds promising, and could even replace local newspapers if it makes it.

In a way, ‘going local’ is also what Twitter is doing with the Discover section it introduced as part of its latest version. Thanks to this feature, Twitter users can discover news and tweets posted by people around them in real time. Twitter’s approach also has the huge advantage of relying on another key trend: social news. People are increasingly getting their news from social platforms such as Twitter and Facebook. Allying this with hyperlocal could be the winning combination in 2012.

When we say “data visualization”, you may be thinking of lousy infographics; but it’s much more than that, and we’re ready to bet it will be one of the key trends this year. No later than today, Google launched google.com/elections, which will let US voters learn more about presidential candidates thanks to data-rich graphs:

Google isn’t the only player in this field – a company like Visual.ly, for instance, is entirely dedicated to this sector. Media outlets themselves have started to take note, a trend which has been fueled by the increasing amount of data at their disposal – WikiLeaks’ cables of course, but also authorized content, with the growing move towards open data across the world.

More generally, online media has been experimenting a lot over the last months, and we expect them to continue doing so in 2012 – around their business models, by building or destroying paywalls and looking for other forms of monetization, but also around content itself.

This is a good thing; a news website shouldn’t be a copy of a printed newspaper, nor should a media app be a glorified PDF. This is something some major media brands already understand, such as the New York Times, with its Lab (see our recent post). Journalists themselves are also reinventing the future of news and its convergence with tech thanks to meetups like Hacks/Hackers; a trend which is also supported by grants and competitions from the Knight Foundation.

One of the possibilities technology gives us is to personalize our news, either actively, by hand-picking feeds, or passively, thanks to curated apps such as Flipboard, Pulse and the like – but always to match our own tastes and identity.

This trend is likely to keep on growing in 2012, fueled by the increasing popularity of tablets, smartphones and e-readers, which make a great home for curated content, including long reads.

For many of us, it goes beyond having favorite media brands – we often have favorite journalists as well, as we give increased attention to the voices behind our news. It was quite telling, for instance, to note that Mike Arrington’s new blog had attracted a significant portion of TechCrunch readers a mere couple of weeks after he had to leave his original blog.

At the same time, others expect us to rely on algorithms to shorten our news (think of Summly) or even to write the.

The problem? As the author Eli Pariser pointed out in his book ‘The Filter Bubble’ and a follow-up TED Talk, we’ll be at risk of not seeing things we don’t even know we’re missing – that’s for passive personalization. But even if we handpick our news, we may miss “stories we didn’t know we wanted to read until we had read them,” as The Observer puts it. This could well be one of the main challenges for our news in 2012.

In a sector which is evolving as rapidly as online media, these are only some of the trends we expect to monitor in 2012. What are you personal predictions for this year? Let us know in the comments.