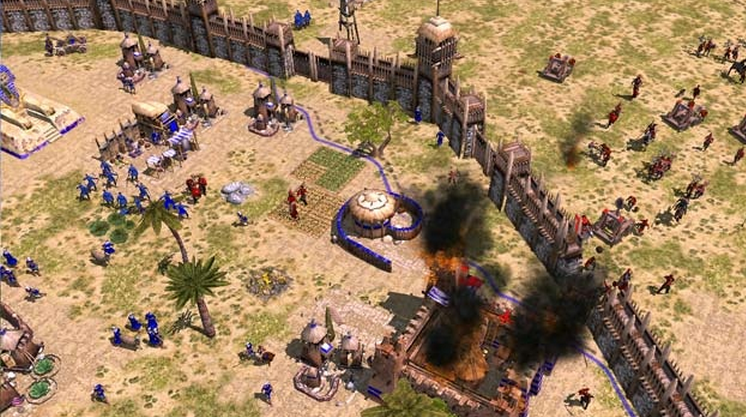 For the next 40 or so hours, from the time of posting, the game Empire Earth can be yours, sans DRM, for free. All you have to do is create an account with GOG, more on them shortly, and you can download the ‘Gold’ edition of Empire Earth which includes its expansion, for $0.00.

Head here to get started.

There are widespread reports on Reddit that the promotion has proved to be so popular that GOG’s servers are taking a serious beating. If you run into a problem, wait a few hours, and try again; in testing, TNW had no problem downloading the over half-gig file on the double.

So, who is this GOG and what are they doing handing out such a classic title for free? It appears to be a massive promotion to push GOG’s platform. What is interesting about GOG is that while the gaming industry has become increasingly hit-dependent, GOG wants to move in the opposite direction.

The service’s name, Good Old Games, nearly says it all: the firm wants to bring back the best of the older games, and make them available to all. The site itself bills itself in the following way: “[the place] where it’s all about Good Old Games and the people that play them.” In short, if you love older titles and are not smack-doodled about what came out yesterday, GOG is for you.

Also, GOG is strongly against DRM, something that might make it appealing to restriction-conscious gamers. The promotion already seems to be having an effect, at least with some:

If that keeps up, GOG might have made a brilliant decision to give something away to entice more people to its platform. Now, we have to, ahem, attend a meeting.

Read next: Finally, sarcasm has a voice in print with its own font