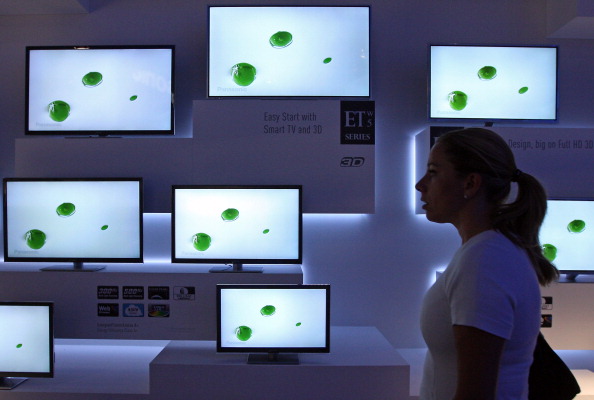 Israel-based Tvinci has announced that it raised a Series B round of funding to help increase its momentum in developing its “Over-the-top” (OTT) platform to help drive video over the Internet. The $4.5 million investment led by the company’s existing investors, Kaedan Capital and Zohar Gilon, will be used to help grow its OTT 2.0 product while also helping to bring it to the United States.

This latest round of funding is another milestone in the company’s five-year history and also comes as it celebrates its “most successful year to date”. Revenue has doubled each year since 2008 and Ido Wiesenberg, Tvinci’s co-founder, tells me that in 2012, revenue is going to be triple what it was last year. No specific numbers were released.

What Tvinci does is enable operators and media companies to create their own unified platform across various devices, including tablet devices, smartphones, connected TVs, laptops, game consoles, and set-top boxes. Last month, Tvinci demonstrated its latest platform called OTT 2.0 designed to allow viewers to watch, rate, recommend, and share content with their friends on any device. At the time, CEO Ofer Shayo said:

We have long been saying that OTT represents the future for pay-TV, offering the flexibility that consumers are looking for in terms of content consumption. Operators, service providers and content owners now understand the benefits of adding IP-based services to their offering, but in order to truly make it a success, they must ensure it meets the emerging needs of their consumers from day one, both in terms of the growing number of devices they use and their constant connection to their social world.

It seems that Tvinci is not trying to create the next Vudu, Boxee, or Roku. Instead, they are developing a platform that companies like Comcast, Time-Warner, Verizon, etc. may use to develop their own services customers may use to enhance their television experience. In the United States, right now it appears only Comcast is trying to do something similar with their iPad application, but has a long way to go. Shayo believes that this trend of cable companies extending their services to other devices is increasing:

We now see a ‘second wave’ of OTT deployments – cable, satellite and telco TV operators that launched multiple video apps and websites over the past 3-4 years, now incorporating OTT video as part of their core TV offering, and looking to do more than just stream content to connected devices.

What Tvinci hopes to solve is the challenge all pay TV operators are facing right now — how do you transition a “one subscription per family” to multiple users, with each one having their own set of devices? Take the Red Bull Stratos event that happened on Sunday — the event was broadcast on YouTube. If you were watching it on your iPad, you might want to display it on your television so the entire family can share in the experience. Through Tvinci’s technology, you can do that and still browse other events on your iPad simultaneously. Their social feature will enable you to also follow along with the buzz and chatter that’s surrounding the show. In addition, it has a recommendation feature so you can find out what shows your friends are watching and like.

It’s important to note that Tvinci isn’t a consumer application — it’s for cable operators. It provides a white-label platform for all devices.