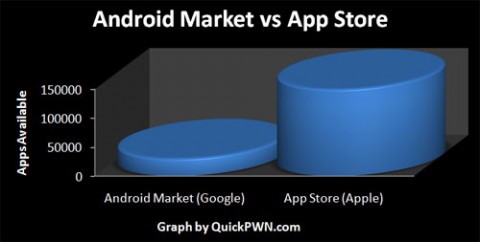 After Day 1 of MENA ICT Forum loaded with debates and networking we were finally back to the Grand Hyatt Amman where all participants were situated. We got some sleep and head out the next day hunting for a better future.

While some left after enjoying or not Day 1 of MENA ICT Forum which we covered here, those who stayed were treated an opening exceptionally well chosen panel of experts presenting ‘The Chattering Classes‘ on ‘Turning Social Media into Money’.

The panel introduced the audience that was mainly dominated by C-Level executives and ICT decision makers, to concepts like utilizing social networking platforms for creating and owning online conversations which were supported with data and behavioral patterns presented by Natalie Lacey, Chief Stratigic Officer MediaCT- Ipsos Media.

Building on some of those concepts was Nadine Toukan independent film producer baring the title ‘Status quo hacker’ on the panel, explaining that enterprises and individuals that decide to disengage from public conversations about them, will only result in seclusion and customer dissatisfaction over time.

The panel was probably the best structured of all panels hosted at the event with members like New Media expert Alexander McNabb, Group Director at Spot On PR who was dubbed the Grim Reaper of the ICT Sector by panel moderator Wajih Halawa after foreseeing Four Deaths: The Death of Telephone Companies, The Death of Advertisement Agencies, The Death of Paper Books and Magazines as we know them, and finally The Death of Companies that refuse to engage with their users and accept feedback in order to improve.

Since his expectations can only be settled when put to the test of time, I personally think he’s spot on with companies bit, but the other three highly unlikely at least in the foreseeable future. The fact we don’t all live in high end consumer market cities like Dubai & Abu Dhabi which is where his theory could hold water, means that no matter what growth rate handhelds and tablets are increasing at they won’t dominate the printed press in a region where income rates are significantly lower than those of region’s like Europe & the US where the ‘Death of Print’ originated from due to adoption of reading devices by a ‘critical mass’.

Additionally, Advertisement Agencies will live on, at least for the next decade in the MENA region, in addition to telephone companies that will continue to exist as long as they’re the cheapest, which doesn’t seem will be challenged any time soon.

On the topic of Arabic content Majied Qasem, Co-Founder & CEO- d1g.com explained to the audience how his company followed a systematic method of acquiring companies based on the nature of their content, then changing it’s model from ‘company generated’ to ‘company moderated’ which led to ten fold increases in traffic and content in some cases.

Tackling everything from creating efficient ecosystems to incubate local talent, to the MENA mobile application development dilemma most entrepreneurs building apps targeting regional consumers face, the remaining sessions of the day were both enlightening and fun.

With the exception of the unreliable service provided by the people from Orange at the event, I must say it was surprisingly well organized and displayed the highest level of dedication on any standard. If you didn’t attend this one no sweat, we’ll be there come October 10th, 2012 to see just how much of what was put into words, has really made a difference on the ground.

Read next: Leaked images of the Palm Pre 2 surface