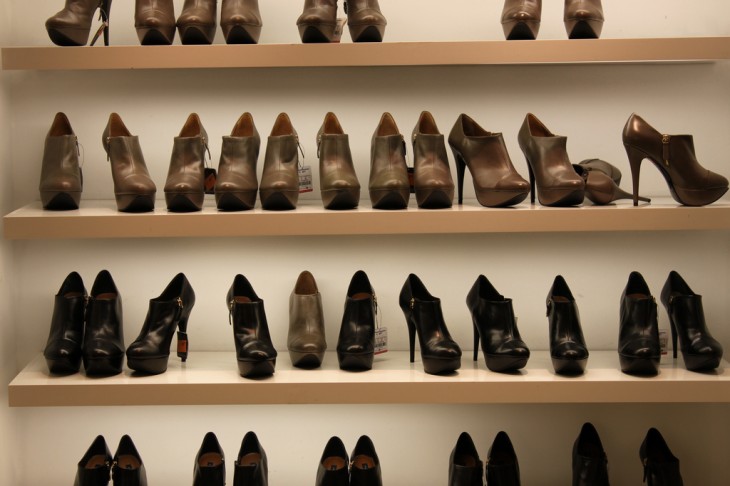 Brazil’s leading shoe subscription service Shoes4you has stopped operating, the site’s home page informs. The news first came out in a private mailing the company sent to its subscribers, and was soon confirmed when it announced a liquidation sale, to the great surprise of many.

While it is nothing uncommon for e-commerce websites to go out of business, Shoes4you isn’t exactly your average startup: it was co-founded and led by French serial entrepreneur Olivier Grinda, and was backed by A-list funds Redpoint Ventures, Accel Partners, Flybridge Capital Partners and IG Expansion, in addition to individual investors such as Fabrice Grinda and Buscapé’s CEO Romero Rodrigues.

Not only did the startup look great on paper, but it also shared upbeat projections on its first anniversary a few months ago. At the time, its CEO told the press that the company was on track to complete 2012 with a R$5.5 million ($2.7 million) turnover and 55,000 pairs of shoes sold, and expected these metrics to rise to no less than R$25 million ($12.4 million) and 300,000 pairs in 2013.

So what exactly did go wrong and when? We decided to ask Olivier Grinda, in the hope that the lessons he learned will benefit the whole industry.

When numbers don’t add up

As a copycat of US website ShoeDazzle, Shoes4you followed a supposedly proven business model: sell women’s shoes on a subscription basis to a customer base attracted by the opportunity to purchase designer items at discount prices.

The site’s mechanism was the following: female customers could buy their first pair of shoes from the site for R$79.99 ($40) as long as they accepted to become members. R$99.99 ($50) would then be debited from their bank account each month, in exchange for credits that they could use at any time to choose a pair of shoes that Grinda says would typically retail for R$300 ($150).

It’s worth noting that this retail price is theoretical, since Shoes4you’s shoes were only available via its website; rather than a distributor, it was its own brand, supervising the entire manufacturing process and often commissioning exclusive models from well-known Brazilian fashion designers.

Grinda had done the math: based on its production costs, its conversion rate and its churn, Shoes4you would need to sell 6 pairs to each client to compensate its customer acquisition cost, which averaged R$80 to R$100 ($40 to $50).

It was in September 2012 that Shoes4you started to notice an issue which would eventually seal the company’s fate: around 25% of monthly debits for a given subscriber cohort were declined, returning a generic error code that the team struggled to understand.

Grinda’s hypothesis was that banks mistakenly considered the transactions as fraud due to their uneven pattern – Shoes4you gave its users the option to “skip” a month, resulting in irregular debit schedules. The clients were not responsible for this glitch, and kept their subscriber status on the site.

As the team finally found out at the end of March 2013 after weeks in the dark, the situation was entirely different. Many of these unbillable subscribers had actually called their bank to cancel the standing order, but were still taking advantage of their outdated membership status to order shoes at a discounted rate, rather than paying the marked-up price Shoes4you had introduced for non-members.

According to Grinda, this flaw was made possible by a Brazilian specificity, which is that customers can turn to their banks to cancel subscriptions, rather than dealing directly with providers. For context, some choose to do so for legitimate reasons; as we noted in a previous post about e-commerce in Brazil, local customer service generates a large amount of complaints, and best practices are far from widespread.

However, Shoes4you’s CEO insists that his startup was faced with a different and more pernicious issue: clients who willfully chose to ignore the company’s customer service, which could have handled their cancellation request in a normal manner, because their real intention was to exploit a flaw.

More importantly, the team’s delay in detecting the hack had blown the problem out of proportion, causing the startup to lose its balance. As a matter of fact, the margin it made on these problematical customers was low enough and their number large enough to bring the company’s total average margin below its customer acquisition cost. With that data finally in hand, Shoes4you decided to cut the losses and stop operating.

While these metrics explain Shoes4you’s difficulties on a micro level, Grinda notes that his decision to close shop was also influenced by macro-economic factors.

At first sight, the company’s choice not to pivot to a more traditional e-commerce model may seem quite surprising. After all, Shoes4you was already accepting purchases from non-members. Over the last few months, it also had diversified its product range beyond shoes; in addition to its own handbags and accessories, it had closed partnerships with third parties to distribute watches and glasses.

Why did it not try to get rid of the subscription model and become a retailer? The main answer is cash flow: Brazilian e-commerce websites receive payments after 90 days, which means that they need to cover all expenses in advance. This may be sustainable for companies that distribute products on behalf of third parties, such as Dafiti and Netshoes, but this wasn’t the case of Shoes4you, since most of the items it was selling were manufactured for its site.

This is why subscriptions seemed to be the perfect workaround for the startup: clients had to pay monthly, but didn’t use their credits right away, which helped Shoes4you limit its cash needs.

Without subscriptions, on the other hand, it would have struggled to cover the costs of operating in Brazil. As we reported in a previous story, it is a country where it is very expensive to operate, due to several factors such as heavy taxes, lack of qualified workforce and logistical issues.

According to Grinda, he and his backers were aware of these costs before launching Shoes4you, but they were only willing to face them with a successful business model. In other words, pivoting was out of question.

Shoes4you’s failure may seem to go against the tide, in a region where e-commerce sector is growing fast. According to Forrester, online retail sales in Brazil will reach more than $25 billion by 2017, more than doubling expected sales of $12.2 billion in 2012.

Grinda himself was one of the early players who rode this trend: before launching Shoes4you, he co-founded buying club BrandsClub and managed ClickOn‘s expansion into Brazil. Yet, he notes that today’s market is not the same as it was at the time.

“One of the lessons to learn [from Shoes4you’s fate] is that you need to adapt to the current reality. When I launched BrandsClub and ClickOn, their models were easier for the client to understand – their value proposition was clear, and they were more generic, since they weren’t focusing on a specific type of clients. When you start venturing into niches, for instance by selling only to women or mothers, it becomes more difficult to operate.”

As Grinda has now learned, these business models require an entirely new approach, which he sums up in one mantra: “Save your pennies.” Currently an investor in 15 startups, he praises the teams who followed this philosophy and took things slow, such as men’s fashion club Bespoke Post, lingerie subscription service Adore Me and Brazilian online printing startup Printi.

In contrast, Shoes4you did things the old way: it hired early, spent money on marketing to speed up its growth, got celebrity endorsements and increased its advertising expenses before seeing a return on its first campaigns.

This is called scaling too soon, and Shoes4you is not its only victim: according to the Startup Genome Report, based on 3,200 startups, this mistake is responsible for 74% of all startup failures.

Interestingly, Grinda made a point of talking publicly about Shoes4you’s shutting down and acknowledging his own share of responsibility. “I was the one who chose this business model, and it was our team who executed it,” he notes.

This may not be exceptional by Silicon Valley’s standards, but it is very uncommon in Brazil, where failure is still a huge taboo. While some were so puzzled that they wondered if Grinda was trying to look for excuses, his transparency effort also won him praises. “Congrats to [Shoes4you’s team] for putting themselves out there and saying: It didn’t work! Rare thing…”, ABStartups’ regional director Mario Almeida wrote on Facebook [translation ours].

As Grinda points out, failure is a natural part of startup life, and presenting it in a negative light may wrongly deter people from launching their own venture. As a result, he is careful not to overreact to Shoes4you’s closing down. “It is sad because we had a dream team, an attractive business plan, and despite all that, here I am, doing a liquidation sale… but it is not such a big deal,” he admits.

His main endeavor is now to give Shoes4you’s investors as much of their money back as possible. The company had not disclosed the amount of its Series A round, but Brazilian entrepreneur and blogger Roberto Fermino has spotted an official document in which the startup’s legal entity declared a capital of nearly R$8 million (around $4 million).

Besides reimbursing investors and subscribers, Grinda’s to-do list includes two additional items: “legally close the company” and “help Shoes4you’s former employees find great jobs.” Once he is done, he will have more time to think about his next venture. Will it be in Brazil or in the US? B2B, B2C or C2C? Many questions are still pending, but one thing is for sure: he will remain an entrepreneur.