No sooner had Redpoint e.ventures won the Best investor accolade at TNW Brazil Startup Awards last Friday, that it made a huge announcement for the Latin American startup scene. As a matter of fact, Redpoint and e.Ventures have joined forces to close a $130 million fund for Brazil.

It is also important to note that the fund will be managed locally, and we decided to ask its Brazil-based co-founder Yann de Vries a few questions about today’s news and what it means for the region.

TNW: Can you please tell us about this new fund and your team? 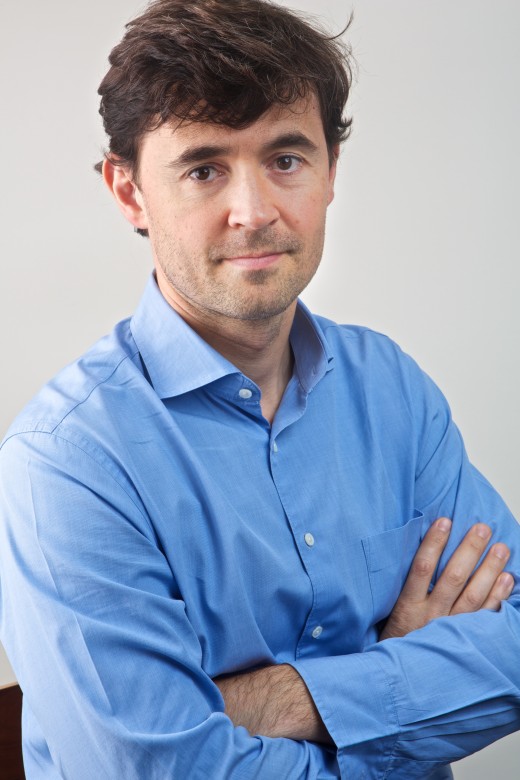 Yann de Vries: We have closed a $130 million round, which makes us the largest venture capital fund in Latin America, and the first Silicon Valley-based fund to open local offices to manage a dedicated regional fund. This is a first, and an important commitment.

As for our local team, it already includes three people, and we will be hiring new members and moving into more permanent offices in São Paulo. My co-founder Anderson Thees is Brazilian, and has a very valuable background; he is the former CEO of Apontador, but also managed Naspers’ Internet investments in Brazil. In other words, he knows both the operational and the investment sides.

TNW: Can you summarize Redpoint’s and e.ventures’ global activities?

YdV: Launched in 1999, Redpoint is now a tier 1 Silicon Valley VC fund. With $3 billion under management, it has launched 14 funds so far, and backed over 100 startups. It also has offices in China, and has been looking into Latin America for the past 3-4 years.

As for e.ventures, it is also very global – it started in Europe, but each of the four new funds it launched ventured into a new region and established local teams in those countries. This time, that country will be Brazil.

This international background means that Redpoint and e.ventures have a global vision. They know the economic situation in each region, but also the business models that work, the mistakes not to make, etc.

YdV: Most of it will be targeted at Brazil, which is where we see the highest potential. Yet, some of the companies we will be talking to will want to internationalize their business, either across Latin America or globally, and we can help them with that.

Yet, we can also consider investing in non-Brazilian companies. On one hand, we are open to Latin American brands from other countries that are interested in the Brazilian market but want to maintain their development staff in a location such as Buenos Aires to keep costs down. On the other hand, some of our portfolio companies in other countries may wish to launch in Latin America, and we will be able to support them.

As a matter of fact, these opportunities already exist within our portfolio, and we already proved it with the Chinese software company Qihoo and the Brazilian group Grupo Xângo. Qihoo is best known for its antivirus, and after licensing its technology to Xângo to launch in Brazil, it now has 2.5 million users in the country. This is a good example of the synergies that can exist between two emerging countries, and we expect to see more and more of those deals.

TNW: What kind of investments do you plan to make?

YdV: We will focus on three segments: consumer Internet, mobile and media. We estimate that the fund will last another three years, since we have already started to back companies, and we will make three different types of investment:

TNW: What will differentiate Redpoint e.ventures from other funds?

YdV: We will be flexible, and close to the entrepreneurs. We will help them globally, and we will be able to find international exits if it is relevant, which is an option local funds can’t offer.

TNW: What’s your stance on copycats?

YdV: We try to stay away from this concept – some companies are called “copycats” because they are based outside of the US, but if they were based in Silicon Valley we would simply call them “competitors.” That said, we won’t do the same as the Samwer brothers [from Rocket Internet] who make huge investments in these models from day 1, while diluting the local staff’s share of the company.

TNW: What the advantage of having a local team?

YdV: Although São Paulo is the most active hub, we also see interesting startups all across Brazil – in Rio of course, but also in Florianopolis, Belo Horizonte, the Nordeste region… [See our post 18 Latin American Tech Hubs You Should Know.] This will be an important advantage over Silicon Valley funds, as we will be able to find local talent – and obtain much better deals and valuations by going off the beaten path.

TNW: Are you open to partnerships?

Brazilian accelerators such as 21212 are great partners, and an important source for our deal flow. We maintain a strategic relationship with them, as they help us find hidden gems.

We will also be willing to find the right players to finance a second round, either locally or abroad – not only in Silicon Valley, but also in Asia or elsewhere. We are even open to co-investing with angels in seed rounds, though we will take the lead in most of our deals.

TNW: What would be your final message to Brazilian entrepreneurs?

YdV: Brazilian entrepreneurs used to have to choose between a local fund and a foreign fund; we offer them the best of both worlds. More importantly, we are making a long-term commitment with Brazil: we are here to stay, and our plan is to launch several funds in a row.