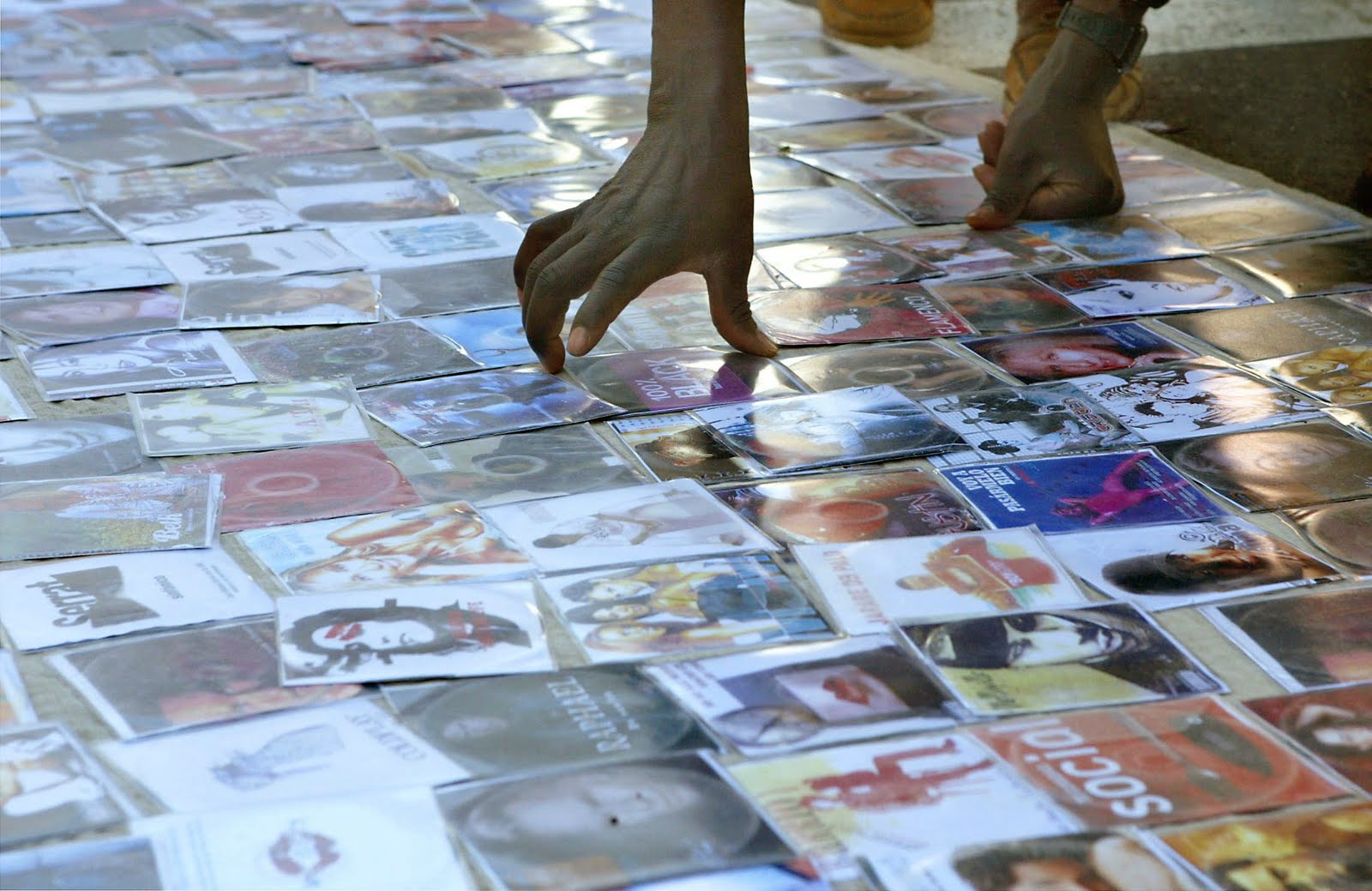 You know a website is popular when its downtime is newsworthy enough to make it to Twitter’s trending topics – and that’s exactly what happened to Cuevana.tv a couple days ago. So what is Cuevana and why may it soon be in trouble?

When you first look at Cuevana, a free movie and TV streaming platform in Spanish, you may accidentally mistake it for one of Netflix‘s main competitors in Latin America. However, it wouldn’t be fair play, since the vast majority of the content it links to has been illegally uploaded. To give you an idea, here’s a screenshot of its sleek landing page, including very recent theatrical releases and TV series:

Although Rolling Stone reports that the site’s prototype was created at the end of 2009 and opened to the public in 2010, it was only earlier this year that it became a phenomenon – not only in its home country, Argentina, but also in the other Spanish-speaking Latin American countries, from Mexico to Chile. According to Alexa, Cuevana is even the 18th most popular website in Buenos Aires. If Google Ad Planner is to be believed, Cuevana currently attracts at least 2.2 million unique users per month – a very low estimate which could be quite far from the truth, considering that the site claims to have 15 million users. Still, the site’s growth is visible on Google’s graphic:

Interestingly, the site doesn’t make mystery of the identity of its founders, three young Argentine students, and of the fact that its team is based there. We’ll let you decide if this is bold or naive, but this sort of transparency is certainly quite unusual from any site involved in copyright infringement.

Not to say that it’s Cuevana’s case, at least strictly speaking, since it seems that its content is uploaded by third parties and always hosted on external platforms such as Megavideo and BitShare, to which Cuevana only provides a link. According to the company’s founders, this is a grey area in their home country.

Still, it doesn’t take a law degree to understand that the site’s founders could very soon face lawsuits, which results in rumors. And this is exactly how Cuevana landed in the trending topics earlier this week, with the hashtag #fuerzacuevana (which roughly translates as “Go Cuevana”) following speculations as the site went down. 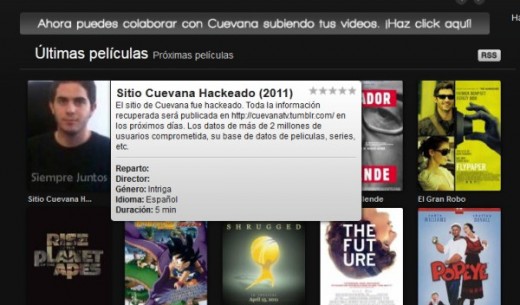 According to an official release posted on Cuevana’s website, what happened was actually fairly different.
It all started with hacking, as unidentified users uploaded a video in which they claimed to have gained access to user data and to an upcoming version of the site.

While Cuevana doesn’t seem to take the attack too seriously, making it sound more like a bad joke than proper hacking, it anticipated the release of its new version it was working on to improve the platform’s security, and will keep on working adding new features over the coming weeks, it said. Although it doesn’t mention it, this is likely the reason why the site was down, added to the fact that thousands of users also wanted to check what was going on, overloading the platform.

Nevertheless, this incident also served as a demonstration of force, showing anyone considering a lawsuit the backlash it could create on social networks. As a matter of fact, Cuevana’s statement also categorically denies that criminal charges were pressed against the site. While rumor had it that the TV channel Telefé was going to sue Cuevana, Telefé’s speaker declared that it isn’t pressing any charges, nor is it going on a crusade against the site (it is unclear whether or not the company was indeed going to sue but backtracked after this week’s events.)

Yet, it remains to be seen how long content owners will tolerate the website – the MPAA, for instance, may not take the same view. After all, producers aren’t making a dime from the site, while Cuevana runs advertising. Still, YouTube, which didn’t start that differently, now belongs to Google and is in business with film studios like Disney.

What’s next for Cuevana?

In this context, it’s hard to tell what will happen to Cuevana in the upcoming months. Will its founders decide to seek deals with content owners? If so, will it have to charge for content, and will studios accept to be in business with a player like Cuevana? Or will the site pivot to a different direction, for instance to focus more heavily on short films and independent content? This could certainly be an option for the site, as this recent tweet shows:

Here’s what it says, a couple days after Cuevana opened its short film section:

“Hundreds of emails from independent filmmakers interested in uploading their short films on Cuevana. Thanks for choosing us!”

This will definitely be an fascinating story to follow – and not only on the legal side. No matter what our personal stances on piracy are, it’s hard not to be impressed by the young Argentine entrepreneurs behind Cuevana. Still in their early twenties, they managed to create a company which gained major traction over multiples countries in a few months.

It’s not just about going viral: the product itself is much appreciated by its users, and Cuevana’s team is improving it even further. Besides the new features mentioned in its statement, Cuevana’s twenty one years old co-founder Tomas Escobar also promised on Twitter that Cuevana will soon have its own native app.

While Escobar seems to have quite a few things in common with Sean Parker, hopes are high across Latin America that Cuevana could do even better than Napster; though ultimately, it all depends on the film & TV industry.

What do you think of Cuevana? Let us know in the comments.