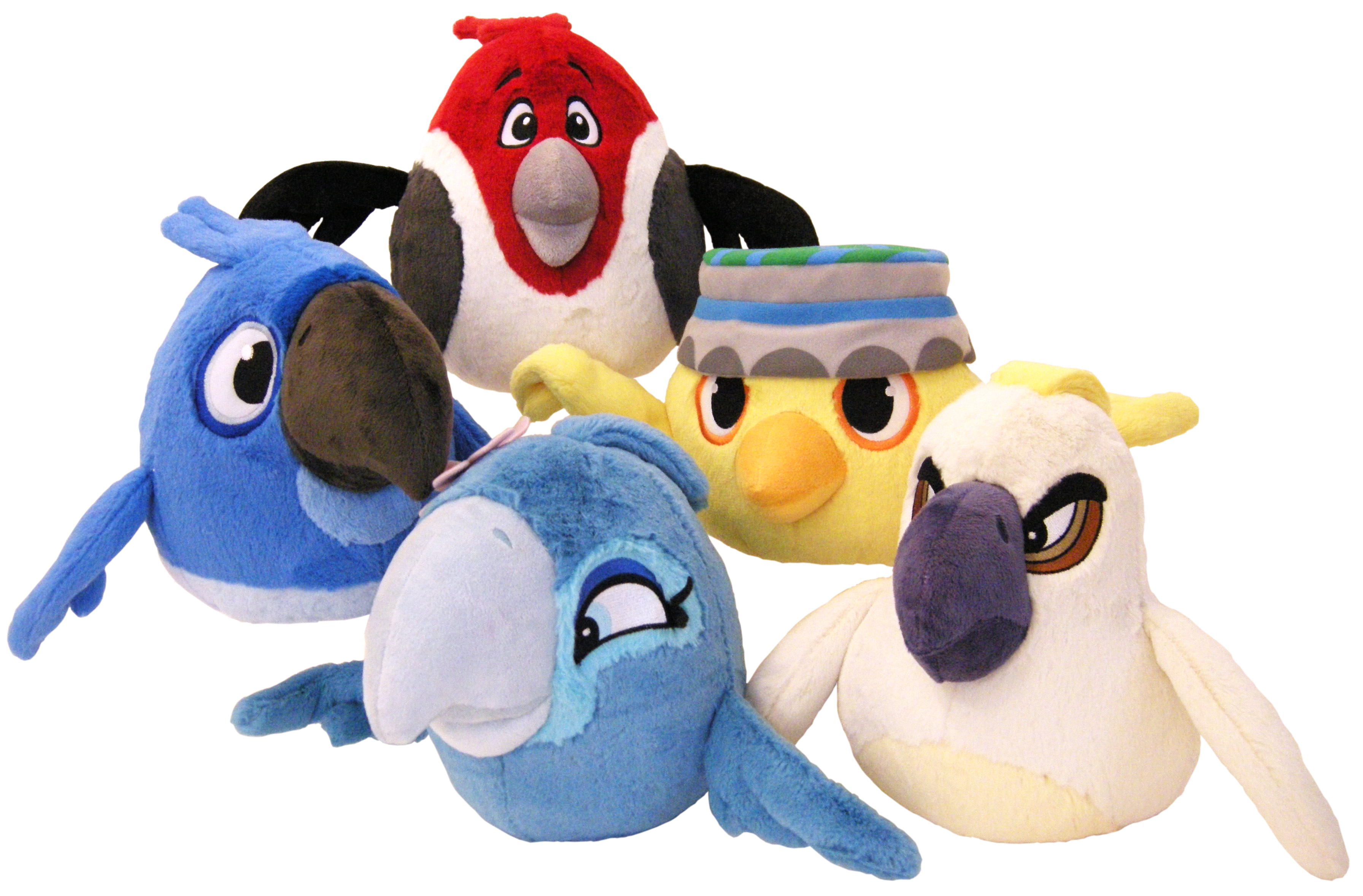 Ever since Angry Birds Rio was downloaded ten million times in only ten days after its release, we knew it: casual gaming and Latin America go together well. It’s not just about foreign companies like Rovio, as many cool apps are also developed in Latin America itself. Here is a list of seven mobile and social games you might soon be addicted too:

Meet Eddie, a cute and adventurous piglet who can jump, surf and dive. Eddie is the star characters of the ePig series, which consists of seven games for iPhones and iPads. 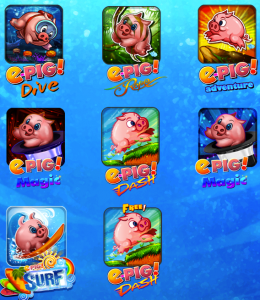 My favorite one so far? EPig Surf Lite, where Eddie has to surf the waves without hitting any rocks and sharks. The better you get at moving your device, the fastest Eddie’s boards are. Avoiding obstacles become less difficult over time, but still not too easy. Overall, the game is very addictive. Another great thing about it? It’s free, so it’s a great way to get familiar with Eddie before moving on to the full version or to the other games, such as ePig Rope XL.

In fact, some of you may already know ePig: according to its parent company, the games were already downloaded over 800,000 times. What you may not be aware of is that ePig Games is a small company based in Santiago, Chile. The Chilean startup, which has been accelerated by Movistar Innova, is also one of the first local companies that will participate in Start-Up Chile’s next cycle (see our previous story.) 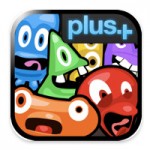 I’m always a bit reluctant to pay for apps without trying a free version first, but Freaking Inkies was definitely worth paying $0.99 for. This is how the story goes: the main characters, the Inkies, have invaded your library, and you have to chase them. It means you have to splash them with paint, by combining two colors if necessary. Although it sounds simple, there’s a lot of variety in each level, including Zombie Inkies trying to eat brains. Actually, what makes the game so enjoyable is its visual. It’s hard to describe how funny each character is.

Freaking Inkies is one of the original games developed by Atakama Labs. If you’re good at geography, the name already hints the company’s studio location – the Atacama Desert is an arid plateau in South America. Indeed, although Atakama Labs is headquartered in San Francisco, is studio is located in Santiago, Chile. As for its two co-founders, Esteban Sosnik and Tiburcio de la Carcova, they’re both Argentine. Atakama is their second games venture in Chile; they sold their previous company Wanako Games to Vivendi for $10m in 2006. Their new venture is backed by two Chilean-based VC funds, Austral Capital and Copec-UC. 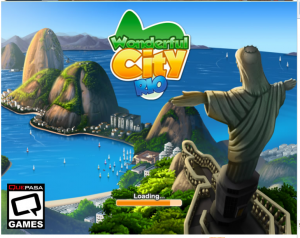 Wonderful City Rio’s gameplay isn’t very different from social games such as Vostu’s MegaCity or Zynga’s CityVille. Ultimately, it’s about building and managing your  little town, and possibly sharing all about it with your online friends. Its big differential? The action is located in Rio de Janeiro, also known as “Cidade Maravilhosa.” Besides the Brazilian soundtrack, it means you can also build your own Sugar Loaf and Christ the Redeemer.

With over one million monthly active users on Facebook, Wonderful City Rio was developed by QuePasa Games, the in-house studio of QuePasa Corporation. It’s distributed by Mentez (see our previous story.) With offices in Miami, Bogota, Mexico and Sao Paulo, Mentez describes itself as “the leading social gaming publisher in Latin America.” Wonderful City Rio is only one of the games it distributes and Mentez boasts it publishes “four out of the five most popular games on Orkut.” 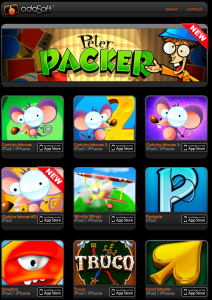 In Catcha Mouse (1,2 and 3), you have to corner a slick mouse using traps before it escapes through the holes. It’s both easy to understand and difficult enough to grasp your attention. The game’s business model is freemium, and paying users will get access to extra levels – so be careful with in-app purchases if you let your kids play with it!

The game’s series is part of odaSoft‘s portfolio and has been downloaded more than three million times, according to the company. Based in Buenos Aires, OdaSoft is an Argentine development startup which was created in 2008 and specializes in iOS games. 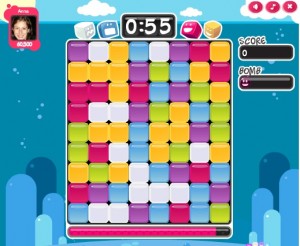 Plock‘s stars are cute colorful blocks that you have to break, either by matching two or more of the same color or by using one of the bombs that you may have earned. Its classic mode is a one-minute match, in which you have sixty seconds to break as many blocks and earn as many points as possible. Once you’re done, Plock’s tease means you will probably want to try again… and again!

Plock was created by MetroGames, which has offices in Palo Alto and Buenos Aires. The company boasts seven million active users and is backed by Playdom, from which it received a $5m Series A investment. Its other creations for iPhone and Facebook include other fun games like Pac-Man copycat Waka-Waka.

Pixel Ranger is another of MetroGames’ creations, and its retro design will likely delight all the nostalgics among us. To win the game, you need to shoot at the flying invaders. The key rules: not to run out of ammunition and try to collect as many bullets as you can. As you can see, the game concept is pretty simple, but very entertaining nevertheless. 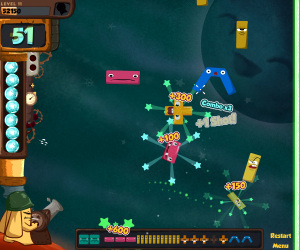 In The Moops Challenge, a dumb-looking soldier has to fire at sad-looking bolts and screws. However, this summary doesn’t do justice to this physics puzzle game. Moops is much more entertaining than it may sound, and it’s all down to design.

The Moops Challenge is a partnership between the Argentine studio Heavy Boat and Atommica, the British-Argentine company which just launched Jampp, a cross-promotion network for Latin American social games (see our previous post.)

Do you know other fun Latin American casual games? Share them in the comments.

Read next: RentStuff.com: Want to take a guess as to what this site lets you do?