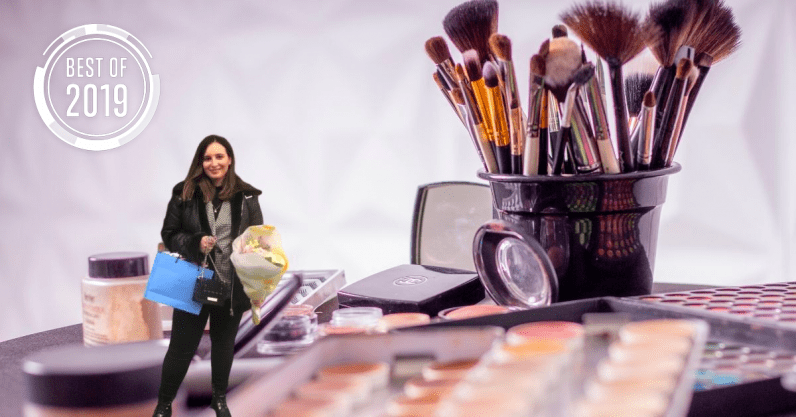 Hi, my name is Yessi and, even though I should know better, I’m a complete sucker for influencer marketing. While it brings me great shame to admit this, recent research suggests I’m not alone.

The industry is huge. In 2017, eMarketer reported that marketers spent $570 million on influencer marketing globally. In 2018, a staggering $1.6 billion was funneled into sponsored posts on Instagram alone. And if that isn’t enough to convince you it’s massive, a recent poll showed businesses make $6.50 for every dollar invested in influencer marketing — that’s a pretty good return on investment.

As a child of the internet (I’m 31), I spent the first half of my 20s consuming lifestyle and beauty content on YouTube. Back then, videos weren’t professionally filmed — they weren’t beautiful to look at, and often featured a 20-something-year old woman talking about the latest eye shadow or lipstick to hit the market whilst sat on their bedroom floor. Nobody really seemed to know who these vloggers were or what they were doing, aside from the fact that they had a hobby, or interest, and were keen to share their thoughts on it with the thousands of people watching YouTube every day.

It was during those years that I discovered some of today’s biggest names in UK online creation: Zoella, Fleurdeforce, Estee Lalonde, Louise Pentland, and Lily Pebbles — to name but a few.

Then, something changed. Brands woke up to the fact that some ‘YouTubers, or vloggers, had managed to build up cult followings. Instagram (and then IGTV) and Snapchat pulled some influencers away from YouTube, but the essence of what they’re doing remains the same.

Like their millions of subscribers, I’ve seen these creators transform themselves from understandably awkward 20-somethings into fully-fledged career women – some of whom have created multi-million-pound empires in the process.

Personally, I dread to think about how much money I’ve spent on products based on their recommendations, but the fact that I’ve been willing to part with my hard-earned cash proves that what they do works. But, why does it work?

It’s no secret we live in a world where content production is in overdrive. It’s getting almost impossible for brands (especially ones we don’t already know or trust) to cut through the noise and stand out from the crowd.

By leveraging the reach of influencers, brands are able to transform them into advocates who can help them move the needle on consumers’ decisions and accompany people like me along their journey.

The most successful influencers are so successful because they’ve built a personal brand based on trust; working with brands and campaigns they truly believe in, or flogging products they genuinely enjoy using. While this may sound perversely simplistic, trust really is the backbone of an influencer’s success: it’s a commodity they can’t afford to do without and recent scandals perfectly prove this point.

Now, I’m not saying that traditional advertising doesn’t work, but I’m much more inclined to pay attention to what an influencer I’ve followed for a while has to say because I expect them to be honest.

As a journalist, I know how important branded content can be for a media outlet’s bottom line. For it to work, it needs to be done well: the brand needs to be a natural fit, it must align with the outlet’s mission and vision. It needs to feel natural, organic, and, most importantly, add value to readers. The same applies to influencers.

Ultimately, influencers make a living by getting peoples’ attention and to do so they are increasingly under pressure to create content that not only aligns with the brand they’re collaborating with, but is also presented in a way that’s appealing to their audience. Just like in publishing, successful influencers need to put the audience at the core of everything they do and strive to mix branded campaigns with organic posts to keep their audience engaged.

It’s my choice, and I’m not sorry about it

I make a concerted decision to follow one influencer over another. It could be because I like the way they dress, do their makeup, or decorate their homes. Whatever the reason, it’s my choice.

So, when they claim to like a specific ASOS shirt, makeup, or sofa, I’m pretty much certain I will too. And if I don’t, well, I move on.

Influencers get a lot of flak – and rightly so. They undoubtedly have the power to influence consumer’s decisions and as such should be held to the same standards as traditional advertising.

In the UK, bodies such as ASA – the country’s advertising regulator – are tasked with overseeing this novel way of advertising, requiring influencers to disclose whether they are being paid to work with a brand, have been paid to work with them in the past, or are featuring a gifted product. Transparency is never a bad thing, and in this instance, it’s more than necessary.

People are often quick to pass judgment, claiming influencers do nothing but spend their days worrying about whether their Instagram themes are good enough, but I couldn’t disagree more.

Their lives may look like a permanent vacation, but this couldn’t be further from the truth. Just because press trips look super glamorous to the untrained eye, as a journalist I can attest to them being hard work. Additionally, a lot of thought goes into every campaign: it’s not as easy as “taking pretty pictures.”

There are of course some influencers who are self-indulgent, vacuous, lack integrity, and are clearly in it for the freebies, but even if they’re currently successful, I bet you they won’t be around for very long.

I’m not asking you to allow yourself to be influenced, but influencers have influence, and as such, shouldn’t be underestimated.

We’re all free to chose how we spend our money, and I for one am happy to keep an eye out on for the restaurants, holiday destinations, beauty products, and clothes enjoyed by the influencers I trust.

This column is a part of our daily Big Spam newsletter — subscribe here!