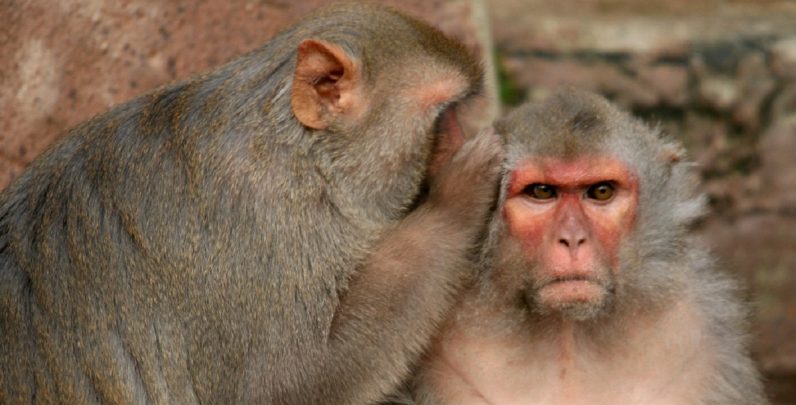 Scientists may have found a potential cure for anxiety after isolating and boosting a molecule in the brains of rhesus monkeys.

Andrew Fox, a researcher at UC Davis, and co-author Tade Souaiaia from SUNY lead a team of researchers in an experimental study to determine if behaviors related to anxiety and depression could be mitigated by manipulating the amygdala, the part of the brain that controls memory and emotions linked to memory.

In order to land on a specific molecule – in this case neurotrophin-3 – the team used RNA sequencing, viral-vector gene manipulation, functional brain imaging, and behavioral phenotyping to reverse-engineer the brains of primates. What they found confirmed earlier research indicating that the brains of young monkeys who had what researchers dubbed an “anxious temperament” showed alterations compared to neuro-typical monkeys.

To determine which monkeys displayed behaviors associated with anxious temperament, they conducted an experiment that’s described in the research paper:

Forty-six nonhuman primates were longitudinally assessed for behavioral inhibition, cortisol, and brain metabolism during a 30-minute exposure to a potentially threatening human intruder who made no eye contact (NEC) with the monkey. The NEC context elicits behavioral inhibition, which in children is a prominent risk factor for developing stress-related psychopathology. During NEC, we measured behavioral inhibition (freezing and vocal reductions).

Once they’d figured out which monkeys displayed anxious temperament it became a simple matter of boosting the neutrophin-3 molecule in their brains through gene therapy. This was accomplished by injecting the monkeys’ amygdalas with a modified virus that targeted the neutrophin-3 molecule and triggered its activation by, essentially, tricking it into over-expressing itself. The hypothesis was that lighting up the molecule would sort of CTRL-Z the alterations done by the machinations of anxiety temperament.

According to the team’s research paper it was a success. The researchers wrote that monkeys who’d received the treatment showed a “significant reduction” in anxiety temperament — not bad for manipulating just one molecule. Furthermore, the researchers believe there could be many similar molecules in the brain that could work the same. Fox told Medical Xpress:

We’re only just beginning. Neurotrophin-3 is the first molecule that we’ve been able to show in a non-human primate to be causally related to anxiety. It’s one of potentially many molecules that could have this affect. There could be hundreds or even thousands more.

This breakthrough has amazing implications for the study of mental health and psychopathology. Millions of people all over the world suffer from anxiety and depression, targeted gene therapy that can mitigate those behaviors has the potential to be the first general ‘cure’ for these conditions the world’s ever seen. But scientists are still sequencing primate RNA and it’ll be important to study the long-term effects of boosting molecules in the amygdala – it could be a long time before we see any human trials.