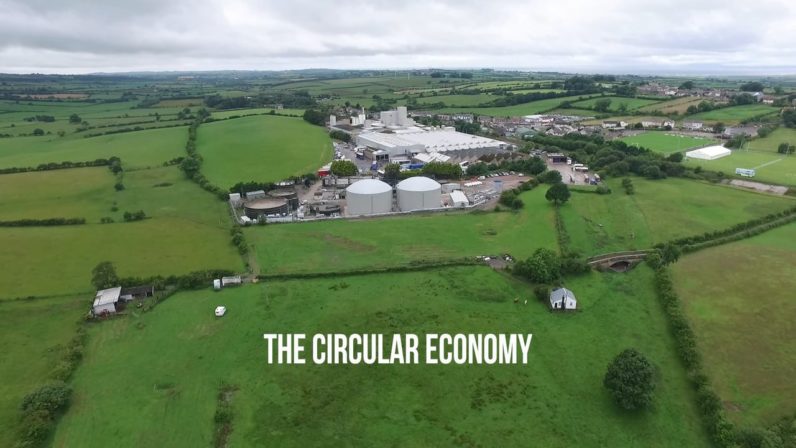 Finland seems to be ahead of the game when it comes to a modern economy. The northern republic boasts not only one of Europe‘s most creative start-up scenes in and around its capital, Helsinki, but is also a pioneer in the circular economy, as The Guardian recently reported. On top of that, Finland is well ahead of other European countries in digitising its economy and society; the Digital Economy Society Index 2017 (DESI), in which the European Commission indicates the degree of digitisation in its member states, has Finland in second place behind Denmark and followed by Sweden in third.

That these three factors – innovations, circular economy, and digitisation – will and should become formative for our way of doing business in the coming years can be in no doubt, according to Green Alley, a European start-up supporter with a focus on the circular economy. That’s true not just for the Nordic countries of Europe, but also for all other EU member states and nations of the world community. It’s thus time to take a closer look at the interactions and interdependencies in this field.

Particularly when it comes to the topics of waste and resources, few people think of innovative digital technologies and smartphone apps; most think of heavy machinery and chemical processes – of the “old economy,” in other words, not the “new” one. But that picture is no longer accurate.

The circular economy is more than just recycling

Experts at the consulting and technology service provider Accenture even consider digital technology an accelerator of the circular economy. According to Accenture’s analysis, digital disruptions are currently shaking up many previously stable industries and opening up new, profitable growth opportunities. It would thus not be surprising if digital solutions helped concepts that support a circular economy become mainstream. Start-ups can play a key role in developing such solutions.

As the term itself suggests, the circular economy does not begin with recycling; it aims, rather, to fundamentally reduce waste. Digital business solutions offer a great way to keep waste levels low. The food industry is one of many sectors where waste can be avoided on a large scale with the help of digital solutions.

Christoph Müller-Dechent, the founder of FoodLoop, has resolved to reduce daily food waste in supermarkets. Every day, at least two shopping carts full of still edible groceries are thrown away per supermarket branch. That’s why his start-up, founded in 2014, has developed an app that offers products at reduced prices shortly before their expiration dates and helps users find those products easily. To this end, FoodLoop links the merchandise management systems of the supermarkets with a tool for consumers. Though the idea may seem simple, the impact is huge. It’s not just that less food ends up in the trash. The production, logistics, and storage of goods in the food industry are also wasteful; anything that lands in the bin, not on the plate, at the end of the chain is also a waste of land use, water, energy, and labour. The international jury of the Green Alley Award was so impressed by Müller-Dechent’s business idea, it named him winner of the European circular economy start-up competition in 2014.

A change of thinking has also occurred in the political sphere. In France, for example, supermarkets have been forbidden from throwing food in the bin since the beginning of 2016. Instead, they must offer it free of charge or give it to agriculture or non-profit organisations.

Another Green Alley Award finalist has also taken on the problem of food waste. The Finnish start-up ResQ Club has developed an app that gives users the opportunity to purchase leftover food from nearby restaurants. By its own account, the company has saved more than 65,000 kilograms of food since 2016. That this concept is in demand and has international potential is demonstrated by the merger of ResQ Club and Mealsaver, which was until recently pursuing a similar business concept in Germany.

The foundational principle of ResQ Club, FoodLoop, and similar providers is akin to that of eBay’s classified ads and can be effectively transferred to other economic sectors – the construction industry, for example, responsible for by far the largest fraction of waste in this part of the world. More than 52 percent of waste in Germany is generated by construction and demolition. Here, too, a Green Alley Award finalist has developed a smart solution. Since 2015, leftover building materials have been digitally bought and sold on the online sales platform restado, headquartered in Stuttgart. You can find anything here – from windows, bricks, and concrete to wood tiles and insulation materials. Up until now, mistaken orders and surplus purchased for private or commercial construction projects only in order to meet high minimum quantity requirements have too often ended up in the trash. With restado, even small amounts can be offered online, helping avoid tons of environmentally harmful waste.

And what happens with all the worn-out digital devices?

Digitisation and the circular economy interlock perfectly at many points. But the moment we stop reading print newspapers and opt instead for digital versions on our phones or tablets is the moment we generate not paper waste, but electronic waste instead. That’s why we also need solutions for the devices we use – ones that begin well before the actual recycling.

First of all, it’s important to dispose properly of old devices so that valuable raw materials can be recycled and dangerous substances kept from endangering people and the environment. The residual waste disposal is simply not suited for this; unfortunately, e-waste still ends up there far too often. The Leipzig-based start-up Binee, finalist of the 2015 Green Alley Award, is improving the way electrical and electronic waste is collected by way of a smart trash can equipped with a camera system. The latter reads the label of the product thrown into the bin, then playfully informs the consumer via app about the disposal process of the old device. The consumer is also rewarded with incentives – because according to the Binee founders, there’s no reason waste disposal can’t also be fun.

Binee, restado, and FoodLoop are all enabling the circular economy to be put into practice. But these start-ups alone cannot precipitate the kind of social change that will transform our previously linear economic system into a truly circular economy, thereby making it more sustainable. Politics, big business, and consumers need to get involved. follow suit.

What all these start-ups have in common is that they’ve been finalists or winners of the Green Alley Award in recent years, a European start-up competition for promoting innovative ideas in the circular economy. Since 2014, the award has been granted annually by an international jury of circular economy experts and start-ups. The call for this year’s Green Alley Award has already been tendered. Digital pioneers from all over Europe are invited to apply!

About the Green Alley Award:

Green Alley supports young founders and start-ups contributing to the circular economy with their ideas. Applications for the Green Alley Award are due by 25 July, 2017. More information can be found at: http://green-alley-award.com/

Technology News from the Nordic and Baltic Countries on Arctic Startup

Read next: This website turns Wikipedia into a beautiful pixel art text adventure