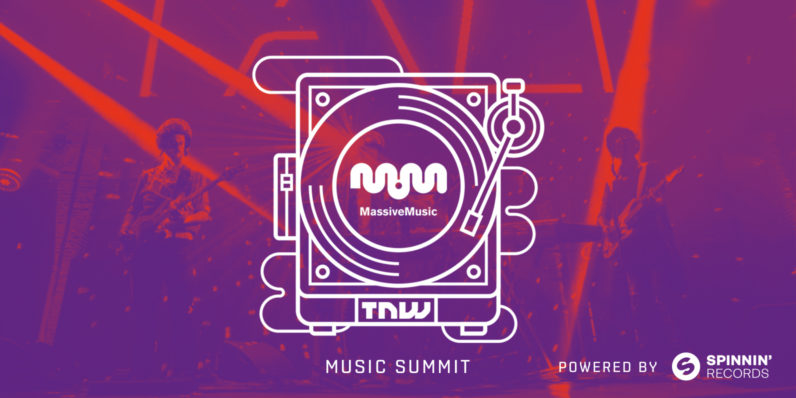 To get in the mood for the May 19th Music Summit at TNW Conference 2017, our partner MassiveMusic made a playlist celebrating the creative use of technology in music. Philip Oomen, Head of Music Research & Licensing at MassiveMusic, compiled it and wrote down some notes about the 10 tracks for the curious. Listen to it here, and read on below:

1. Let’s start from from the beginning, in 1937: a timeless feel – eerie and alienating at times, permeates ‘Oraison’ by French composer Olivier Messiaen. The song was originally written for an ensemble of early electronic musical keyboards called Ondes Martenot.

The Ondes Martenot is a very expressive instrument, meeting Messiaen’s avant-garde composition techniques: that’s how you create a masterpiece. If you’re expecting beat drops you may want to keep in mind the release date. Sequencers hadn’t been invented yet so please be patient and hang in there. We got this.

2. In 1953, the German composer Karlheinz Stockhausen wrote ‘Studie 1’, an exploration of the serial organization of sine tones and the use of reverb.

One of his main objectives was to make the highest and lowest pitches shorter and quieter, so that listeners could focus more on the mid-range pitches.

3. Dick Raaymakers studied the piano at the Royal Conservatory of The Hague and was employed at the acoustic department of the Philips Physics Laboratory. Together with Tom Dissevelt, he started producing some of the very first electronic pop music.

The track we chose is ‘Electronic Boogie-Woogie’, composed in 1958.

4. This leads us to track number 4, ‘E.V.A.’ by Perrey and Kingsley, who were, in turn, very much inspired by Dick Raaymakers. By utilising environmental sounds such as scissors, splicing tapes and tape recorders, Perrey invented a new process for generating rhythms. He also became friends with Robert Moog, which made him one of the first Moog synthesiser musicians.

5. Then Kraftwerk came along and introduced technology in music in the 70s’ hit parade. The German band, considered to be innovators and pioneers of the genre, were among the first successful pop acts to popularise electronic music.

Their genre is known as robot pop, often accompanied by a stylised image and matching suits. The single ‘Autobahn’ was a huge commercial success, even in the U.S. where it peaked at number 5 in the Billboard Top 200 in 1975.

6. When it comes to bring electronic music to the dance floor, who’s better than Giorgio Moroder? He produced a large amount of tracks and soundtracks but we decided to go for his 1977 masterpiece production: ‘I Feel Love’ by Donna Summer. It’s his first and most influential work that used electronic sequencers and four-four beats.

The song is formed on a hard kick drum and progressive bass lines, something completely different when you compare it to earlier disco hits which were based on soft strings and assuring female vocals.

7. Brian Eno can’t be ignored in this list. Thanks to him we can now talk about ambient music, a multilayered electronic version of minimal music that, according to professor Eno, has to be interesting and ignorable at the same time.

Eno himself coined the term in 1978 by naming his sixth album ‘Ambient 1: Music for Airports’ where the track ‘2/1’ appears.

8. Our 8th track is all about the 80s, the decade in which electronic music developed further towards the dance floor. Laurie Anderson had a worldwide hit single with ‘O Superman’, spoken through a vocoder. The song was ranked among the top ten tracks of the year for 1981 by NME.

9. Jamie Principle’s 1986 ‘Your Love’ features synthesizers and a powerful bassline, part of which was based on the Italo disco and boogie track ‘Feels Good (Carrots and Beets)’ by Electra featuring Tara Butler.

The song’s structure lies between a traditional pop-disco song and the simpler house tracks of later in the decade, and is considered an essential early classic in the house genre. A second commercially released version was produced by Frankie Knuckles in 1987.

10. Opposed to the pioneers of the past mentioned above – who needed massive studios to create and produce their music, electronic music nowadays can easily be made with just one laptop or PC.

To conclude this short history of tech in music, we picked ‘Lemonade’ by SOPHIE from record label PC Music as a recent and last important example of new technology used in music. The genre often features pitch-shifted, female vocals and bright, synthetic textures.

See you at the ‘Music Summit’ at TNW Conference on 19th May, a three-hour program that will bring together tech-savvy musicians and music-loving entrepreneurs.

Besides inspiration, the program is also meant to highlight the importance of music, key to brand consistency and crucial for brands who are trying to cut through the noise emotionally. Book your tickets and make sure you clap in time!

Read next: Are celebrities ruining emoji?