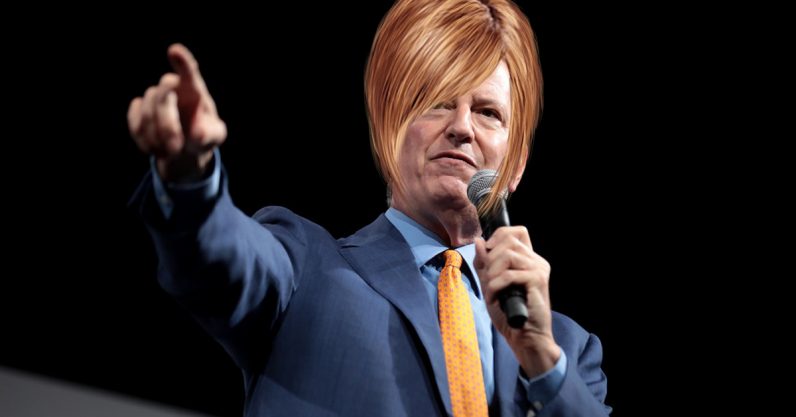 The line been flooded with harsh complaints and indecent messages, including dick pics, middle fingers, as well as Hitler and Karen memes, the NY Post reports.

There were also tons of links to news coverage claiming the NYC mayor was hitting the gym despite social distancing warnings. Some of the naysayers have actually posted their “tips” on Twitter.

This is actually one of the more polite examples:

That said, it remains unclear if the backlash comes from New York City citizens or people unhappy with the approach de Blasio took with the social distancing violation line (chances are there’s a big overlap between the two groups). A lot of the complaints seem politically motivated, though.

Sources from the New York Police Department (NYPD) told the NY Post the tip line had also received images of actual penises, as well as false tips de Blasio had “coofed” at passers-by. At some point, the deluge of off-color texts got so bad, the service had to be temporarily suspended.

“The city has begun vetting everything before dispersing the information to precincts,” an NYPD source told the NY Post.

De Blasio first announced the social distancing violation line in a tweet posted on April 18, encouraging people to snap photos of rule-breakers and report them.

How do you report places that aren’t enforcing social distancing? It’s simple: just snap a photo and text it to 311-692. #AskMyMayor pic.twitter.com/WQdCcVf1Rl

NYC has been hit pretty hard by the coronavirus pandemic, with nearly 140,000 confirmed cases so far. The violation tipping service aims to curb the spread.

Despite the flak, The Wall Street Journal reports more than 14,000 reports have been submitted to the line so far, but hardly any of the rule-breakers have faced any legal consequences.

In other parts of the world, governments have been working on mobile software to track coronavirus cases.

China rolled out an app that notified users if they had been in close contact with any infected individuals back in February, but later reports indicated the service was sharing citizen’s date with local police — a move many deemed as a violation of user privacy.

Russia, too, was reportedly developing a similar app, which many security experts worried could abuse the privacy of users. India is in a similar situation, with many citizens questioning how the government will handle their data — especially because of the country’s lack of privacy laws.

Big Tech is in on the coronavirus tracking business too, with Apple and Google teaming up to roll out a “a contact tracing approach designed with strong controls and protections for user privacy.” The companies are aiming to drop the first APIs in May, with plans to release the broader contact tracing system “in the coming months.”

Read next: This planetary system's perfect rhythm tells us a lot about how it came to be