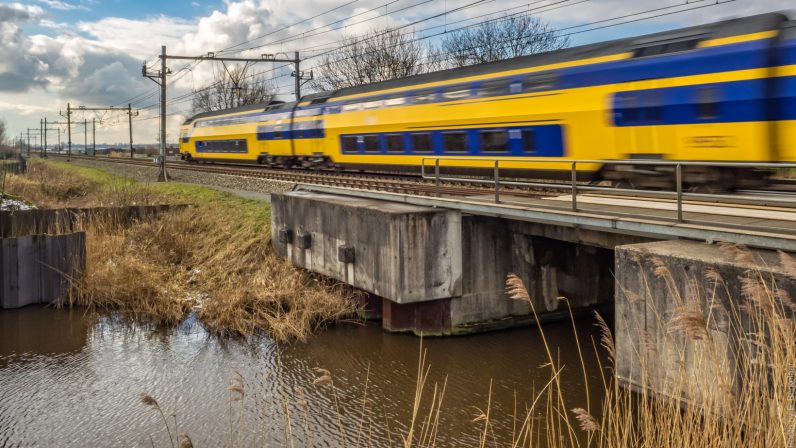 The Dutch railway system is among the most efficient in the world, with only Japan and Switzerland scoring higher when it comes to punctuality. Currently, an average working day in the Netherlands sees about a million commuters traveling by train.

The company Dutch Railways (also known as NS) is constantly innovating to keep its spot in the global top three. By providing digital services such as mobile check-in, seat search, and fixed reservations ‘public transport bicycles,’ the company hopes to welcome an even higher number of Dutch train travelers in the future.

To bring these apps and systems to life, NS follows a mobile and API first philosophy.  Following this strategy means the company had to rapidly expand its IT-team in the past years.

“Without IT, trains aren’t running,” says Arthur Bouland, who’s heading the Mobile and Integration Competence Centers of the company. Out of 21,000 employees, about 1,400 work in IT. Some of them work on apps for travelers. Others, like the five teams that work for Competence Center Mobile (CCM) and Competence Center Integration (CCI), develop systems that are mainly used internally.

“We are now making the move to working agile. Many NS systems, such as the ones we need to run our trains, are huge systems that took years to improve.”

Even though collaboration is incredibly important, innovation remains paramount for the NS. With such broad output and dev teams, it’s important that all dev departments come together and work as one.

The seat finder in the NS App is, for example, a collaboration between different development teams and the Data & Analytics department. The application uses sensors from rail network operator ProRail that measure the weight of freight transport, to determine the number of people in a train compartment.

“We are constantly looking for new and creative ways to apply data. With the arrival of the new Sprinters, which are packed with sensors, there are even more possibilities,” said Bouland.

As you might expect from a mobility company, employees are often on the move. “Working independently of location and time is extremely important for us. Not everyone has an office job here,” says Bouland.

Consider the safety staff deployed to incidents. “In the past, these teams communicated each trip by telephone. We have now created an app that allows the security center to have a constantly up-to-date picture of which team is where.”

NS uses various IT technologies to bring its systems to life, such as Robotic Process Automation, Process Mining, and data-analysis tools like Kafka, says Bouland. The Competence Centers have recently developed a “self-service garage” to help increase speed and collaboration in the development process.

“Anyone who is technically inclined can, as it were, rent a place in the workshop and tinker with applications. We have a number of agencies here in Amersfoort where developers from the rest of the organization can join to work at any time, with the help of our API developers. We hope that this way of working will grow and attract more and more people. “

This combination of collaborative development has led to the creation of 100s of APIs that NS’ apps tap into to deliver its digital services.

“All data is stored on servers in protected environments and making it available via the cloud requires a lot of work. We are also constantly looking at how we can further improve our apps,” says Bouland.

The growth of IT will only increase further within the organization. “Only two years ago we started using data from six information systems and from that we developed the first APIs. We now have more than one hundred APIs in our portal across fifteen application areas. From everything like timetable and travel information to specialist applications for our trains. In that respect, we can certainly consider ourselves successful,” Bouland concludes.

This post is brought to you by Dutch Railways.