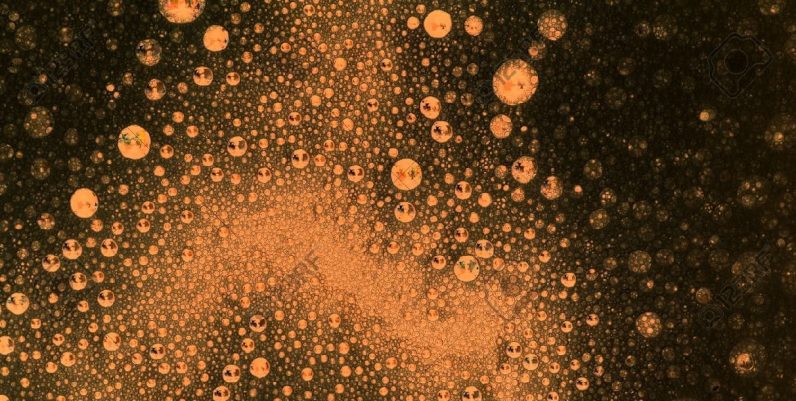 From where we’re sitting, the universe is a big, smooth expanse full of giant stars and planets. When we use the most powerful measurement tools we have, to zoom in as close as we possibly can in hopes of seeing what’s holding it all together, it still looks like a blank canvas. But, mathematically, this simply doesn’t make sense. Something must be missing.

Some physicists believe that we’d find quantum foam – an infinite expanse of subatomic spacetime bubbles – if we could dial our cosmic microscopes in close enough.

From a dozen or so feet up in the air, a trail of marching ants looks like a crooked black line. Get a little closer and you might notice that the “line” is in constant motion. Zoom in a bit more and you can see the individual ants marching along. Move even closer and you’ll see the insects’ segmented bodies, six legs, antennae, mandible, and other features. The closer you get, the more complex the object becomes. Scientists believe our view of the universe works in a similar way.

Quantum mechanics seeks to provide a unified theory to explain why the universe is expanding, how gravity works, and what’s really going on beneath the hood. But most of it still remains theoretical due to the challenge of observing the ‘hidden’ features of the universe. When it comes to the quantum-scale world, it’s like we’re watching an army of ants march along a forest floor from the window of an airplane in flight.

Physicists tend to agree that the universe is expanding, and that its expansion has accelerated since the Big Bang. These facts turn some long standing theories on their ear. Researchers have posited everything from theories involving elastic ‘strings‘ that stretch as the universe expands to wacky hypothesis that invoke multiple universes, but at the core of most unified theories is the idea that some sort of invisible or hidden dark matter and dark energy must exist.

As it turns out, the multiverse theories might be more grounded in reality than some of the more serious ones.

The quantum foam theory has been around since 1955 when physicist John Wheeler came up with it, but it’s seeing a resurgence in 2019. Modern researchers sense we may be closing in on the technology we’ll need to actually observe and measure dark energy (or whatever the universe is made of).

The spacetime foam explanation for dark energy basically says that the space in between conventional matter is occupied by bubbles that work like dark matter. They keep the classical matter and energy in the universe from becoming ubiquitous – at least theoretically.

What’s astonishing is that, according to the research, these bubbles have their own continuum. They’re self-contained universes. Time doesn’t have to work the same way inside these bubbles because, for the purposes of this theory and due to a concept called entropy, the ‘arrow of time‘ isn’t necessary to explain the quantum world.

If you were a subatomic piece of dark matter caught in a spacetime foam bubble, you might experience time backwards, sideways, or not at all. Dark energy would have to work apart from our classical model of thermodynamics, while simultaneously accepting the parts of it we consider immutable. Spacetime foam, theoretically, accomplishes this. It’s a potential piece of evidence towards a ‘grand theory of everything.’

If that doesn’t boggle your mind, consider this: if spacetime foam is real, and scientists can prove it exists, such knowledge would force us to consider that our own universe may be nothing more than a tiny bubble in someone else’s universe that could pop at any moment.

The Universe Is Made of Tiny Bubbles Containing Mini-Universes, Scientists Say on Vice