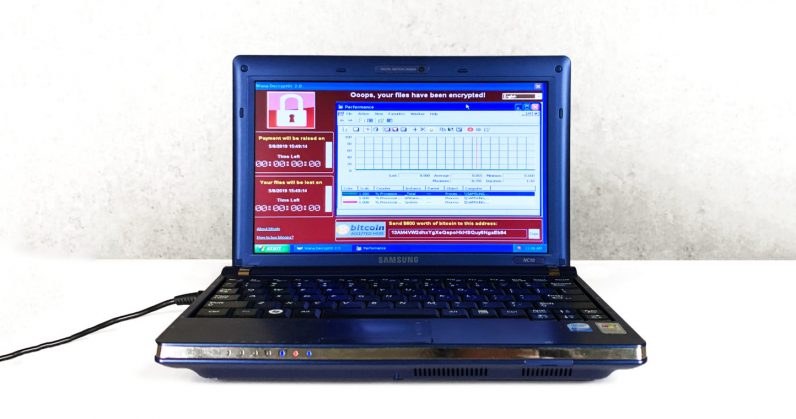 If you’d bought a Samsung NC10 the day it was released, the laptop would have set you back about $499. That was 11 years ago. Today, that same laptop, loaded with malware, fetched a cool $1.3 million at auction. I clearly should have paid more attention in my art appreciation class.

Artist Guo O Dong listed the laptop, an art installation he called “The Persistence of Chaos.” To earn the moniker, he air gapped the machine — ensured it wouldn’t connect to the internet — and loaded it with six of the most dangerous types of malware to have ever graced the interwebs: ILOVEYOU, MyDoom, DarkTequila, BlackEnergy, SoBig, and 2017’s scariest threat, WannaCry — software thought to have originated in North Korea that infected more than 200,000 computers in 150 countries.

The machine currently poses little threat, as it’s not connected to the internet, and potential buyers had to sign off on acknowledging the threat it posed. “As a buyer you recognize that this work represents a potential security hazard,” the disclaimer reads.

If connected, however, the malware-ridden laptop still isn’t all that threatening. All the nasty stuff it contains are now easily detectable by even the lamest of antivirus applications. Looking at you, Norton.

According to the project’s creators, the installation cost around $10,000. Most of the budget was spent ensuring that the computer was completely air-gapped, which seems like a lot of money to spend when you could just disable the laptop’s inputs, and WiFi card. But hey, who are we to tell artists how to budget their money?

The final bid came late last night, pushing the sales price to a cool $1.345 million. Currently the buyer’s identity remains a mystery, even to those responsible for the auction.

We’d suggest saving your money, and maybe grabbing this badass Alienware laptop instead.

A Laptop Infected With Six of the World’s Most Dangerous Computer Viruses Is Up for Auction. The Bid Is Now More Than $1.2 Million on Artnet