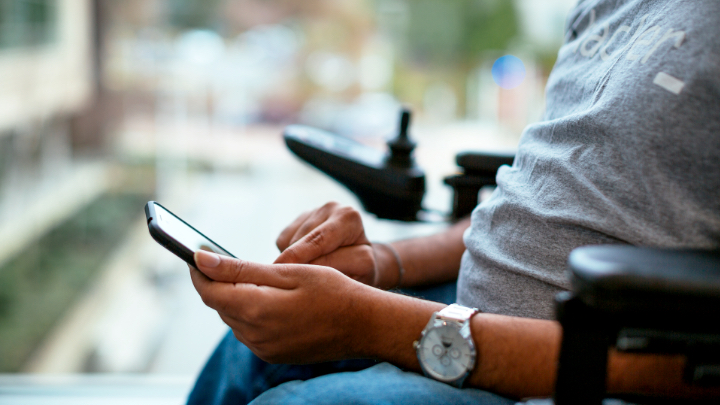 Today marks the eighth annual  Global Accessibility Awareness Day (GAAD), an event that was set into motion in 2011 to spread awareness about the importance of digital access and inclusion and how technology can help empower people with different disabilities.

The idea for GAAD started with a simple post by Los Angeles-based web developer Joe Devon.

“First, let’s agree on a Global Accessibility Awareness Day. This will be a day of the year where web developers across the globe try to raise awareness and know-how on making sites accessible,” Devon wrote in the post.

Little did he realize at the time, but the post would eventually reach Jennison Asuncion, an accessibility professional from Toronto, who ended up teaming up with Devon to make GAAD a reality.

The duo’s mission was simple: to reach out to designers, developers, and other communities who “build, shape, fund and influence technology and its use,” and build awareness around the topic of making technology accessible and usable by persons with disabilities.

In the years since then, it is evident GAAD’s vision has caught on. Although it can’t perhaps be directly tied to their efforts, focus on accessibility and its visibility in tech has improved a lot over the years.

But it’s only a start. Getting everyone to talk and understand digital inclusion is one thing, but designing for accessibility is an uphill challenge.

With over one billion people —15 percent of the population— living with some kind of disability, it’s very crucial that companies build products and services keeping everyone in mind.

“We need to think inclusively. We want to design solutions not just for ourselves but solutions that work for many individuals,” says an animated character echoing the thought process behind developing accessibility-friendly technology solutions in a video shared by Microsoft recently.

Companies like Apple, Google and Microsoft have already made a lot of strides on this front, designing a wide range of assistive tools and services that allows differently abled people lead a more autonomous and independent life.

At the Google I/O annual developers conference earlier this month, the search giant introduced several products with new tools and accessibility features. In Android, Live Caption will add real-time subtitles to any audio or video playing on the phone, and Live Relay will soon make use of on-device speech recognition and text-to-speech conversion for transcription of phone calls in real-time.

As part of its AI for Social Good initiative, Google unveiled Project Euphonia that employs AI to improve computers’ abilities to understand and transcribe diverse speech patterns, such as impaired speech. Speech recognition is not the only area of focus.

Google is also training personalized AI algorithms to detect sounds and gestures, and then take actions such as generating spoken commands to Google Home or sending text messages, helping people who are severely disabled and have trouble communicating verbally.

In addition to these initiatives, Google used the event to announce Project DIVA, which is short for DIVersely Assisted. Born out of a Google engineer’s idea to let his 21-year-old non-verbal brother access his favourite music and movies on voice-driven devices without any help, it makes Google Assistant more accessibility friendly by activating them through a single-purpose button that can be connected to the 3.5mm headphone port of a Google Home Mini.

Google’s Lookout is another example. As an Android app designed to help people who are blind or visually impaired gain more independence, it gives them auditory cues about objects, text and, people around them, thereby helping them navigate the real world.

Microsoft has a similar app called Seeing AI (iOS only), which leverages AI to describe people, text, and objects around those who suffer from low vision. Helpicto is another, and it lets children with autism comminicate better with the environment around them by harnessing speech to text technology to generate sentences.

What’s the future of accessibility?

These applications are only the start of what can be accomplished using technology. If AI and machine learning form one end of the accessibility spectrum, virtual reality (VR) and augmented reality (AR) form the other by giving people new ways to interact with the world and the worlds they build.

But it also goes without saying it’s imperative experiences need to be designed keeping inclusivity in mind. Obviously, the first step towards achieving this goal is recognizing these barriers, and extremes, and not just developing products for the ‘average’ human.

It’s very easy to design great, immersive experiences for a world we are accustomed to living in, in the way we are used to experiencing it. But we should make a greater effort to go beyond that and truly develop solutions that’s inclusive for everyone.

Read next: The most compelling tech tools to assist the visually impaired