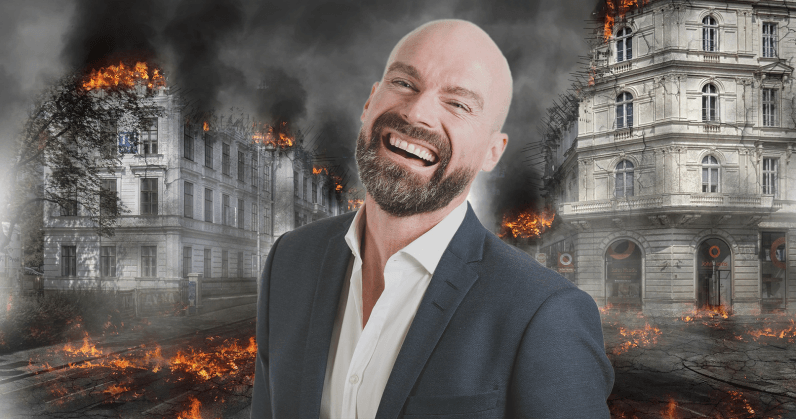 If you or a family member were struck by an asteroid, you may be entitled to compensation. Call the law offices of Jones, Anderson, and Leibovitz to see if you qualify.

It’s hard to imagine a world so litigious that an extinction-level event could generate a lengthy and expensive court battle. Yet here we are. And once you get over the initial shock of the concept, it actually makes far more sense than I want to give it credit for.

The issue, according to Cosmos:

One problem is what would happen if one country, worried about protecting its own citizens, attempted to deflect the asteroid, screwed up and accidentally dumped it on a neighbour.

According to David Koplow of Georgetown University Law Center, in a comment to Cosmos, space law is based on the principle of strict liability. That is to say, a party can be found liable for an incident without a conclusive means of determining fault (such as negligence or ill-intent). In tort law, the claimant only needs to prove that the event occurred and point to a common sense cause that may not have anything to do with the defendants, at least directly.

For example, an eccentric billionaire builds a zoo on his property in California, providing enclosed habitats for exotic and dangerous animals — a pride of lions, maybe. He took all available precautions, adding redundancies into the system and out-doing any current safety protocols in place by the typical zoo.

If the lion were to escape and maul a child a mile away, the owner could still be held responsible, even though he wasn’t directly responsible for the incident and took all precautions to ensure it wouldn’t happen.

“The concept is that space activities are hazardous and therefore the harm should not fall on an innocent bystander,” says Koplow.

If a country were to divert an asteroid — something only a handful of countries have the technological means to attempt — and harm befalls an innocent bystander, someone has to be held liable. And lawyers, as we speak, are trying to figure out who.

As complex as this is, it’s not even that simple… calling it complex is underselling the problem.

“[It] could look like the damage of a nuclear attack,” says Seth Baum, the executive director of the Global Risk Institute, a US-based think tank. “So the prospect [of] a counterattack seems like something worth taking seriously.”

And while it’s funny to joke about lawyers looking chasing space ambulances, or asteroids, as it may be, there are clear liability issues at play that are only going to get more complex.

Take Planetary Resources, a US-based company looking to mine precious metals and minerals from asteroids. Three years ago I spoke with Chris Lewicki, a former NASA engineer and the company’s current chief engineer. He likes to point out that mining these giant rocks, thousands of miles above Earth, isn’t some far-off fantasy scenario:

Most people think this is science fiction and it probably won’t happen anytime soon. Everything that was a breakthrough was once a crazy idea. Those things happened overnight, but they have years and years of development behind them. This is something that’s been happening for years.

To be honest, it sounds like a cool idea. It’s Armageddon meets Pirates of the Caribbean, a pioneer-like undertaking that could lead to untold riches in a sort of space age gold rush.

Or, it could cause fragments the size of Texas to rain down and wipe out a city in Pakistan. But if you’re an attorney, that could be a gold rush all its own.