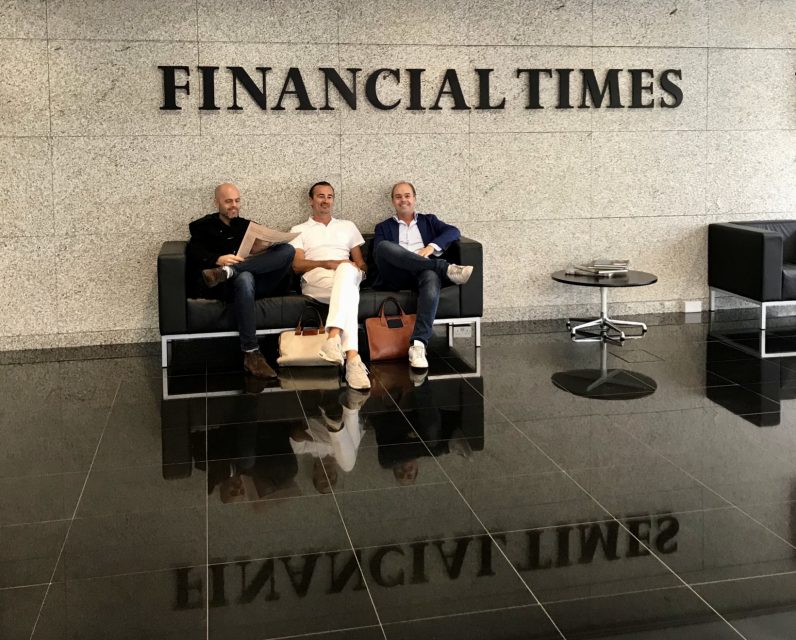 March 2006, Boris and I decided to organize a small get-together for the few people that were working in tech – or ‘Web 2.0’, as we called it at the time. We registered a domain (thenextweb.org), created a logo, wrote some copy, reserved a venue, and pinged Michael Arrington (founder of TechCrunch) to see if he wanted to speak at our ‘conference’ in Amsterdam. Michael agreed the same day, so we pushed the site online and were in business. Ten weeks later, 280 people showed up.

Today, almost exactly 13 years later, we’re happy and proud to announce that the Financial Times, the world’s leading global business publication, has acquired a majority stake in TNW. With this, we’re entering an exciting new chapter with TNW and our passionate team.

From the registration of the .org domain name to today a lot has happened, but the spirit never really changed. Our first office (an abandoned building previously owned by the Dutch postal service) featured a rooftop with a self-made jacuzzi. One day, Boris and I sat in the jacuzzi and debated TNW’s future. We knew we wanted to create a company that would outlive us; a company that would be interesting, fun, diverse, impactful, and awesome to work for until the day we retired.

Over the years, we gathered an amazingly talented, nice, and ambitious group of people who helped us grow the company along the way.

2015 felt like a turning point. We decided to expand our activities in ways which weren’t so obvious for a media company. We rolled out a diversified revenue strategy, by adding a curated co-working label (tq.co), a global startup database (index.co) and delivering custom innovation programs to corporates and governments via TNW X. We found ourselves a nice little virtuous cycle where every unit started benefitting from other units, and the company showed significant growth in the following years.

We knew that we were onto something, but in order to execute our vision and plans, we needed help. So we started a process to find a strategic partner that could help TNW grow to its maximum potential. A partner who could also benefit from the knowledge, tools, and software we developed over the years.

About ten months ago, we met the people of the FT and felt a click right away. Apparently British humor blends in quite nicely with Dutch humor. That does not however mean there was instantly a deal. What followed was an extensive period of getting to know each other, negotiations, and deep dives to explore  synergies. Ten months later, this is the outcome: FT is now a majority shareholder of TNW.

I’m super proud of the team and everybody who ever worked at TNW. I’m proud we brought the company to this point. For us, this is an exciting new chapter. TNW will continue to operate independently, and Boris and I will be able to execute the vision and four-year plan that we set out.

Here is to the years to come 🍻. Thank you for all your kind notes and your support over the years as a reader, an exhibitor, a partner, a delegate, a friend. Hope to see you all in May

Read next: The US Army wants us to pretend autonomous tanks aren't killer robots