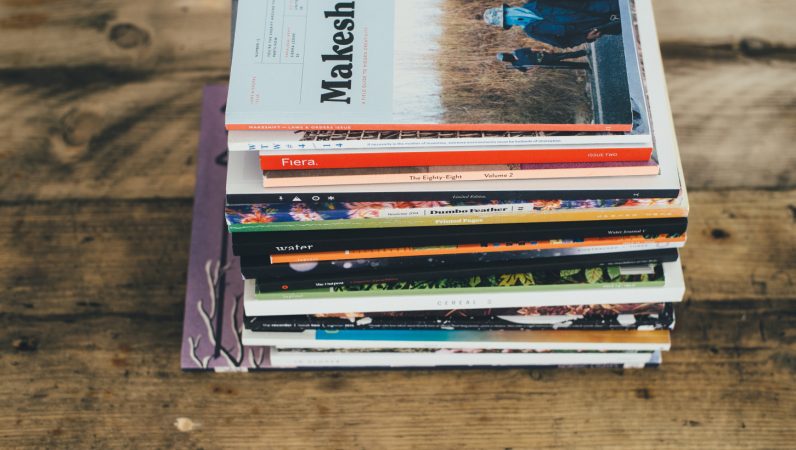 As professions go, journalism isn’t exactly known for its stability. The last half of January only served to highlight this, with dramatic layoffs across several top-tier digital publications, including Vice, Buzzfeed News, and the Huffington Post. But buried under a heaping pile of pink slips and P45s was a rare spot of good news.

You read that right. Print.

This move arguably saved these publications from the chopping block. Over the past decade, technology journalism’s struggling print wing has been trapped in a terminal death spiral, with the loss of several iconic titles, including PC Zone, MacUser and Computer and Video Games.

Although Dennis Publishing MD John Grewal said the aforementioned titles had made £4.2 million ($5.5M USD) for their parent in the past decade, they were not part of its “new strategic focus.” Dennis is also aiming to sell the website Know Your Mobile, although this isn’t believed to be part of the Raspberry Pi deal.

Tech journalists — well, all journalists, really — tend to look at change with an eye of trepidation. Acquisitions are often used as an excuse for savage cost-cutting measures, with seasoned and loyal writers fired and replaced with cheaper freelancers. But actually, there’s room for hope here. For starters, the Raspberry Pi team actually believes there’s a long-term prospect for success in print, and over the past few years has quietly built a portfolio of titles under its Raspberry Pi Press arm. You could make the case that today, the Raspberry Pi project is every bit as much a publisher as it is a computer manufacturer.

In 2015, it acquired Raspberry Pi fanzine The MagPi, and has quietly developed it into the publication of record for the community. The Raspberry Pi Press also owns Wireframe, a gaming publication with an emphasis on the developer side of things, as well as Hackspace Magazine, which targets the maker community.

If I worked for Custom PC, I’d be glad that it was being taken over by someone with a long-term vision for the industry, rather than, say, a private equity firm looking to make a quick buck.

And then there’s the fact that there’s a tremendous synergy between the Raspberry Pi project, and the publications it’s acquired.

Take Custom PC, for example. Although you can’t change the RAM or the CPU on a Raspberry Pi computer, there are other (arguably more meaningful) ways to can customize it, thanks to its built-in GPIO ports. For example, you can turn it into a poor man’s TiVO by attaching the Raspberry Pi TV Hat.

As for Digital SLR Photography, again, there are obvious synergies. The Raspberry Pi computer forms the basis of countless photography projects. You can use it to control the camera itself, or to power accessories like sliders, in order to take stunning panoramic photographs.

To be clear, I don’t for a second believe the Raspberry Pi Press will turn these publications into advertorials. I think, for the most part, things will remain business as usual.

It’s rare to see a technology publication become so deeply intertwined with a tech company — although I note that the Raspberry Pi project, with a non-profit foundation at its heart, isn’t exactly what you’d consider to be a traditional tech company. Tech journalists cover companies; they seldom work for them. That’s arguably because there’s a lot of bad blood between the Fourth Estate and the tech industry. Part of the problem is that publications compete with Google and Facebook for the same shrinking pool of advertising money, and right now, they’re losing — badly.

There’s also the fact that many of the publications feel hard done by, especially as far as Facebook is involved. Websites and blogs live at the mercy of Facebook’s ranking algorithm, and traffic from the world’s biggest social network site all but dried up in 2016 after it made significant changes. Another problem is that many publications feel mislead by Mark Zuckerberg, after he overstated the revenue and traffic potential of social video, forcing sites to pursue the financially ruinous tactic of pivoting towards video. But when you look beyond that, there are signs that the tech industry (and, perhaps more accurately, leaders within the tech industry) is recognizing the value of written content, and is investing heavily in this.

The most interesting example is Stripe, which owns a publishing house that focuses on books that offer deep, often philosophical takes on economics and technology. Since first launching in July, 2018, Stripe Press has published four titles, with a further two coming soon.

Another great example is the iconic Time Magazine, which was acquired last year by Marc Benioff — the deep-pocketed philanthropist founder of Salesforce. And of course, there’s The Washington Post, which is owned by Amazon founder Jeff Bezos.

And if we’re just focusing on tech-related content, you could also mention Microsoft, which owns LinkedIn, and consequently Lynda.com.

Although the Internet has made it easier than ever to become a publisher. From deep journalism to opinion pieces, from contemplative thinkpieces to and makeup tutorials, if you’ve got an idea, you can share it with an audience of potentially millions — or even billions.

But despite that, making the numbers work remains an ever elusive challenge. Finding a revenue model that’s simultaneously scalable, predictable, and repeatable seems impossible for all but the largest publishers. The acquisition and formation of publications by tech magnates and companies, therefore, shouldn’t be sniffed at as a potential lifeline for this struggling industry.

This is also true for traditional print publications, which have struggled over the past few years. In the case of Custom PC and Digital SLR Photography magazines, the acquisition by the Raspberry Pi project could bring about a new infusion of money, creativity, and crucially, could expose them to a new generation of coders and creatives that possibly have never bought a magazine before.