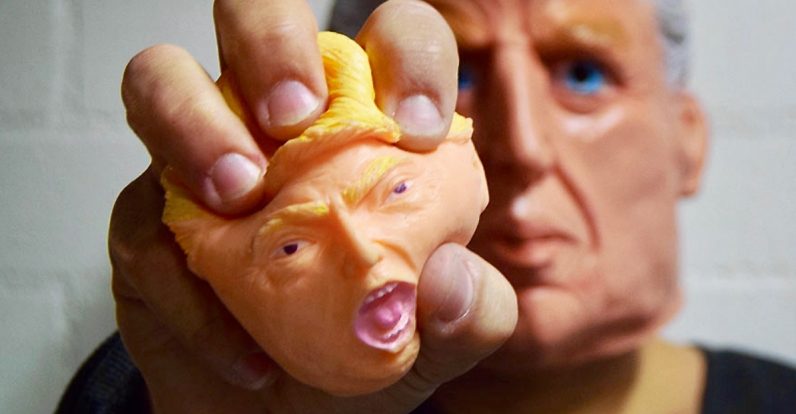 Travel app TRVL is offering Trump-shaped stress balls to travelers heading to Mexico, as a reward for those visiting in spite of damaging rhetoric from the US president.

The item looks about how you’d expect: a recreation of the President’s head in squishy foam form. The company has 1,000 balls to give away, and they’re available to any traveler who books a trip to Mexico via TRVL’s site or app.

For those who don’t know, TRVL is (as the name implies) a booking and travel app that allows anyone to act as a travel agent. Locals and experienced travelers can leave recommendations for other travelers, for which they can earn a commission. We at TNW found the platform quite promising when it took off in 2017.

TRVL founder and CEO Jochem Wijnands told TNW of his ethical objections to President Trump‘s political moves — specifically the Mexican border crisis — which he feels run counter to his company’s values, particularly its aim to promote unity between different countries:

Getting to know other cultures, other beliefs, other ways makes you more open-minded, more humble. In every corner of the world people laugh about the same jokes and care for their children. The world is not a scary place (anymore.) … He’s setting a bad example for my kids. In this day and age, I cannot just do nothing.

There’s no denying the rhetoric of the current political climate in the US contains some rather unflattering terms for our southern neighbors. “Bad hombres,” anyone? While Wijnands doesn’t deny that Mexico has its problems, he says it also has “amazing people who work hard and are very welcoming.”

Wijnands said the stress balls are free and offered on a first-come, first-served basis.

Read next: Facebook's secretly working on LOL -- a meme hub meant to lure teens from Snapchat, Instagram, and TikTok