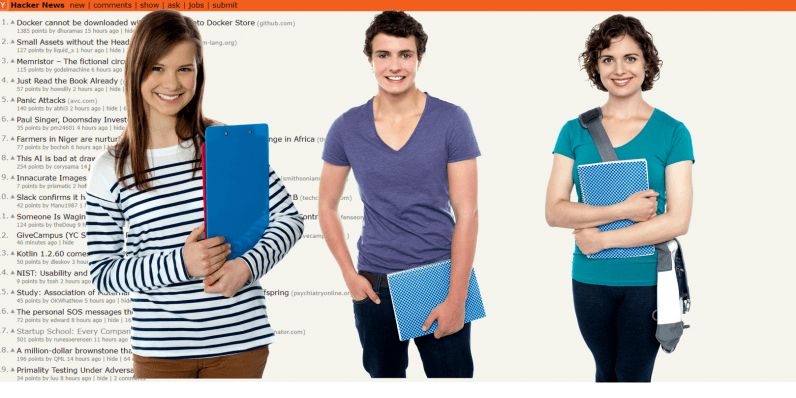 Y Combinator is an ultra-exclusive startup accelerator, with results that justify its haughty reputation. It also runs an free online course called Startup School, for which companies have to apply, and only a few thousand are accepted.

Except this year, when it accidentally admitted literally every startup that applied. Oops.

Think I got accepted into the Y Combinator startup school..

As one door closes the other opens. Checked my inbox this morning and found out we’ve been accepted to Y Combinator’s Startup School, along with 24 other startups. I feel over the moon and can’t wait to get started 💪#startups #YCombinator @ycombinator pic.twitter.com/AbMPQNtgHw

Buzzing that @my2be_ has been accepted into @ycombinator ‘s Startup School. We’re building a company that connects people to help them learn through mentoring and we now have the opportunity to literally learn from the best in the world to make it a success

Over 15,000 companies applied to attend the course, which normally hosts just 3,000 companies, all of whom received emails warmly congratulating them on their acceptance. Bully for them.

Not long after, many reported receiving rejection emails. Apparently there’d been some sort of embarrassing software cock-up on behalf of Y Combinator.

Errare humanum est. But I bet this one ruined quite a few people‘s evenings. Not just mine. Damn… @ycombinator #startupschool pic.twitter.com/Y6sADHoZw6

So @ycombinator mistakenly sent an email admiting us to the Startup School program, only to pull a steve harvey a couple hours later saying we weren’t actually admited.
The irony is that if they had used @Criptext they could’ve UNSENT the emails— yet we weren’t accepted🤷🏼‍♂️ pic.twitter.com/jqyY03aVVP

Wondering how many other founders rode the @ycombinator roller coaster today? They accepted @pieshell into their #Startup School Advisor Track to then send an email saying “Oops!” system glitch you’re NOT accepted. #epicfail pic.twitter.com/ONL9f9loil

There’s a happy end to the story, however, as Y Combinator decided to allow all startups who applied access to the course, which includes video lectures from successful entrepreneurs, like WhatsApp co-founder Jan Koum.

In an email sent to all applicants, the company pledged to find a way to accomodate all students, saying:

“Our goal has always been to help the maximum number of startups, but we were concerned that our infrastructure for Startup School would not support all the companies that applied, which was more than 15,000 startups. After today’s mistake, though, it seems like the only right thing to do is to let everyone in. We’ve decided to use our error as a forcing function to find a way to make Startup School work for all founders who applied.”

Of course, this particular saga isn’t without parallel from the traditional academic world. Last year, the prestigious Columbia University’s Mailman School of Public Health accepted all 277 applicants for a single master’s program, only to rescind the offer within just one hour.

Read next: I played a teensy-weensy bit of RAGE 2 at Gamescom and it was cool