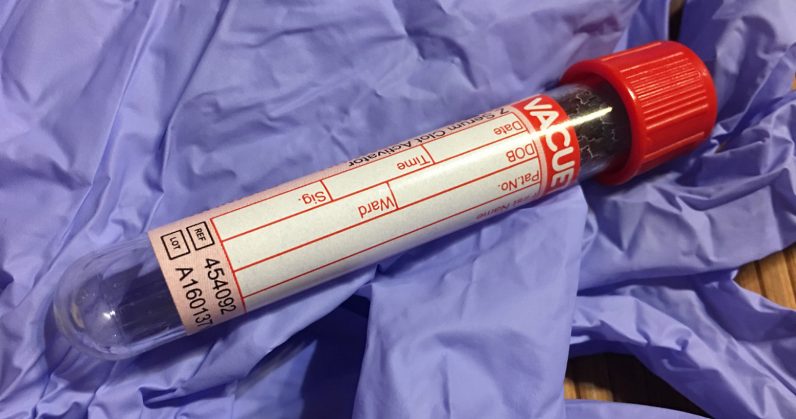 A blood test could one day save millions by allowing doctors to screen for cancer before patients show symptoms.

The test, called a “liquid biopsy,” screens for 10 types of the disease by detecting trace amounts of DNA released into the bloodstream by cancer cells. So far, it has proven particularly capable of detecting ovarian and pancreatic cancer, both of which have significantly lower mortality rates when caught early enough to perform surgery as a means of removing the cancer. Unfortunately, most are caught after patients begin to show symptoms, which is often after the cancer has spread to other parts of the body.

“This is potentially the holy grail of cancer research, to find cancers that are currently hard to cure at an earlier stage when they are easier to cure,” says Dr. Eric Klein of Cleveland Clinic’s Taussig Cancer Institute. “We hope this test could save many lives.”

In an early study by a research team that included scientists from Stanford University, Klein’s group found the test was most accurate in diagnosing pancreatic, ovarian, liver, and gallbladder cancers — finding the disease in four out of five patients who used it.

Researchers did note, however, that further “clinical development” was needed. They’d also need more test subjects, as the sample sizes were on the small side for a study of this type. While it detected ovarian cancer with 90 percent success rate, for example, only 10 instances of this type of cancer were detected throughout the testing period.

Still, the research shows promise in a blood-based approach to future cancer screening.

Read next: Apple may introduce a triple-camera iPhone soon. Bring it on