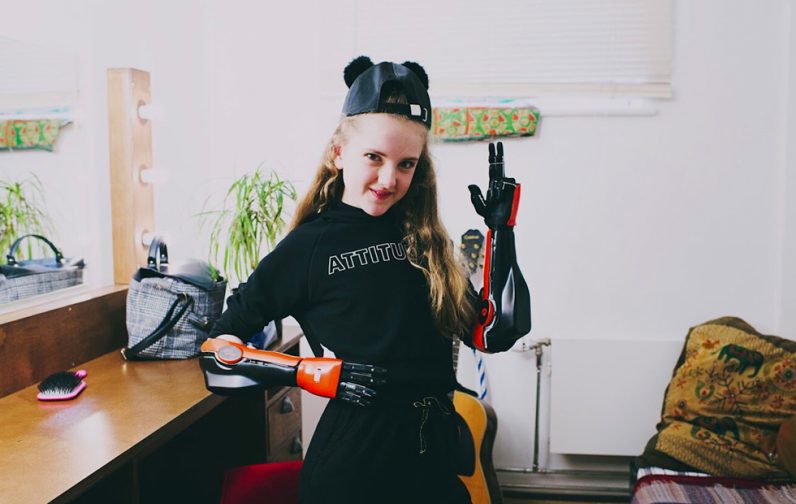 It is a lightweight, robotic prosthetic device with a customizable look, and it was built specifically for people (aged eight and older) lacking a limb below the elbows.

The Hero Arm was announced approximately a month ago. Today, you can apply for a robotic limb of your own through the company’s website.

Each bionic arm is personally made to fit its particular owner. It boasts specs of being lightweight, yet strong (able to lift up to eight kilos), having long-lasting battery life, and excellent fine motor skills, as you can see in this video of a girl using her Hero Arm to pick up tiny marbles.

The arm is also supposed to offer proportional control and posable limbs, meaning that you can move its wrists and individual fingers and hold or pick up fragile things, like an egg. It also offers freeze mode, which enables the arm to perform statically and reliably, like holding a glass of water.

But no matter how functional a prosthetic limb can be, it has never really been able to design a neither realistic nor desirable look. Until now. A big part of the motivation behind Open Bionics’ creations is to provide bionic limbs that actually look good and thus can become an item of pride instead of one of shame. The company is determined on creating a superhero-focused narrative, with the slogan “We turn disabilities into superpowers.”

The Hero Arm is available in customizable colors and designs so that it can always match the owner’s mood or preferred stylistic expression. Formerly, the company has created prosthetic arms designed in superhero themes, such as Iron Man, Star Wars or the Disney-movie Frozen.

Turning "how did you lose your arm" into "where did you get your arm".
If you don't think that's the coolest thing then I just don't understand you. https://t.co/cpSIf7tksN

Making functional bionic limbs that also look cool is important. But even more important is the aspect of affordability, and here Open Bionics are seemingly trailblazing because prosthetics have never been known to come cheap.

The Hero Arm is supposed to be able to purchase for only around £2,000. This is due to it being made of only four manufactured components and because it’s 3D printed. In comparison, for army veterans in the US who’ve lost a limb, the cost for a functional, highly advanced prosthetic limb can be up to a $100k.

Read next: Learn how to self-publish your own work for just $25