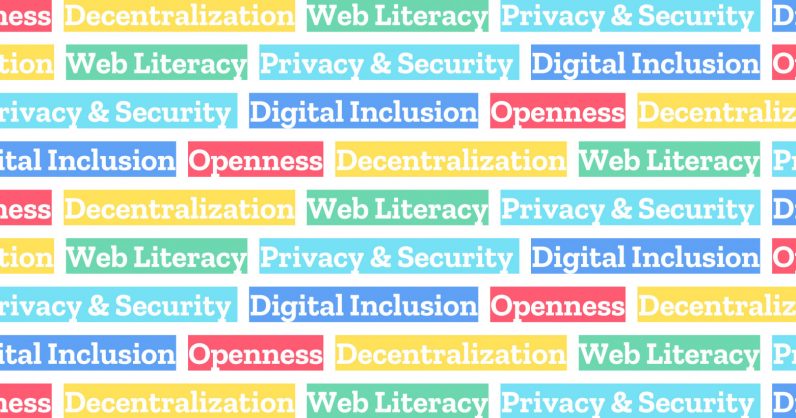 The Internet has never been bigger. Lower costs of getting online, paired with near-ubiquitous cheap smartphones, has meant that more people are connected to the information superhighway than ever. But it’s not all good news.

According to Mozilla’s inaugural Internet Health Report, things aren’t going too well. Rather than being an anarchic wilderness where anyone can make their mark, the Internet is rapidly consolidating into the hands of a few key players. No prizes for guessing who they’re talking about. And that’s before we even get into the rapid spread of misinformation online, and the rapidly disappearing notion of digital privacy.

Suffice to say, Mozilla is deeply concerned about the entrenched and dominating nature of a handful of companies (namely Google, Facebook, and Amazon, as well as a handful of Chinese giants: Baidu, Tencent, and Alibaba).

These companies, Mozilla says, have “become intertwined not only with our daily lives, but with the global economy, civic discourse, and democracy itself.” The non-profit best known for its Firefox web browser worries that the “monopolistic business practices” of these massive firms undermines privacy, opennness, and competition in the web.

Mozilla is also worried about the spread of fake news, which has the capacity to misinform and even shape elections, with disastrous consequences for democracy.

It argues that the business model of the Internet — namely advertising — is partly responsible for the fake news epidemic we’re currently enduring, as it inherently rewards content that’s sensationalistic, outrageous, and emotive.

The report cites the now-notorious example of teenagers in Veles, Macedonia, who, during the 2016 election, realized they could make a quick buck by writing fake stories favoring Donald Trump over his rival, Hillary Clinton, and sticking adverts next to them.

Investigative journalists in different countries (starting from as early as six months before the U.S. election day) traced the origins of thousands of ‘fake news’ stories to a small town in Macedonia called Veles that used to be known for its porcelain. Young people here have created hundreds of websites with headlines in English designed to rake in digital ad dollars. They produce websites on anything from health and sports to finance and more.

But what they found most lucrative? Stories about Donald Trump. Exploiting the same social media mechanics as described above, Macedonian teenagers were able to make the “attention economy” work for them. Realistically speaking, these are the same dynamics that make Trump the biggest story in mainstream U.S. digital news media. People click, ads pay, more articles are written.

Another theme that appeared frequently in the Mozilla report is that of privacy. The non-profit expressed concerns that the millions of Internet of Things (IoT) devices in the wild could be weaponized to spy on their users.

That’s a reasonable concern. The IoT world is still in its nascent stages, and it still hasn’t quite agreed on security standards, certification, or indeed, how long manufacturers should continue to support the devices they sell. This, as Mozilla points out, is a recipe for disaster:

Inexpensive hardware and decentralized innovation is also delivering the Internet to more people, in more shapes and forms than ever. While that is something to celebrate, unfortunately in today’s throwaway culture, Internet devices are rarely designed to stay safe and secure over time.

Since all software is vulnerable to attack or malfunction with age, automatic software updates are a must. Small companies selling cheap IoT devices, without the resources and expertise of companies like Google, Apple or Amazon, will find this harder to do on their own.

The rest of the report makes for sobering reading. Mozilla is quite clear that decisive action on behalf of regulators, consumers, and technology companies is required not just to protect consumers, but to ensure the Internet remains a place of opportunity, competition, and free expression.

Read next: Policemen in India arrested for extorting 200 Bitcoin from a businessman