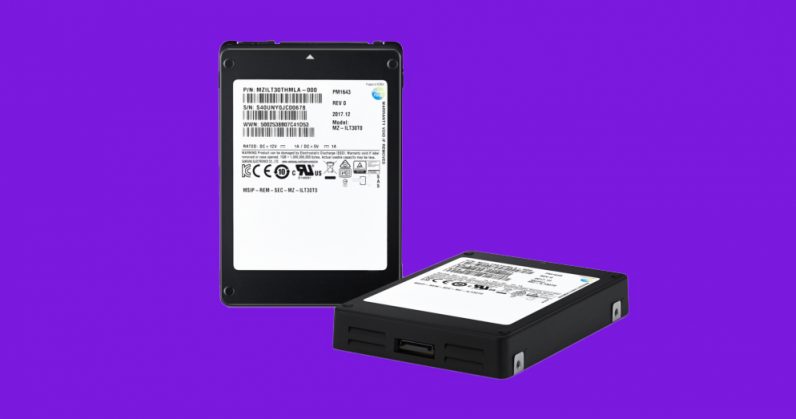 Called the PM1643, the drive combines 32 new 1TB NAND flash sticks, each comprised of 16 stacked layers of 512Gb V-NAND chips. Nerd speak aside, these 1TB packages allow for super speedy transfer — about three to four times that of an average SSD — and incredible capacity to boot.

Each drive is reportedly capable of storing 5,700 full HD movies.

With our launch of the 30.72TB SSD, we are once again shattering the enterprise storage capacity barrier, and in the process, opening up new horizons for ultra-high capacity storage systems worldwide. Samsung will continue to move aggressively in meeting the shifting demand toward SSDs over 10TB and at the same time, accelerating adoption of our trail-blazing storage solutions in a new age of enterprise systems.

All told, the device delivers twice the capacity and performance of it’s previous record-setting SSD, the 15.36TB version introduced in March 2016.

You probably won’t be seeing these bad boys in your next laptop (or desktop, even) any time soon, but the race to the top benefits all of us as it forces prices down on the drives you are likely to see in consumer devices.

Read next: Spotify 'on its way' to creating first hardware product