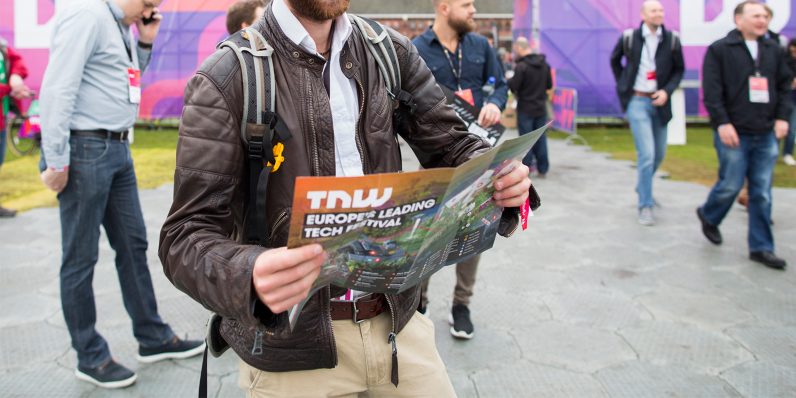 On December 12 we’re hosting our annual TNW event in New York. One of our speakers is Madison Maxey, founder and technical lead at LOOMIA, which infuses technology into everyday objects, including jackets. She’s doing an Answers session today, where you can ask her anything. Her attendance strangely reminded me of an old story about jackets…

A friend of mine was born and raised in Curacao. When he was 19 his parents moved him to Amsterdam. At first, he hated it, and not just because of the weather. It was mostly because he had to learn and adjust to a completely new world. He told me about how he was amazed and confused at first because of all the little cultural differences, and he had a few examples to illustrate what he meant.

One example was that in Curacao he didn’t use highways. The island is too small for that. There are also no traffic jams because there simply aren’t that many cars. There are some busses, but those are mostly ignored, so he hadn’t experienced public transport either.

The best example my friend had about the differences to Curacao was, surprisingly, about jackets. Curacao is a tropical island, so he’d never owned a jacket. Upon arriving in Amsterdam his aunt gave him one, and as simple as that seems, he still had to get used to owning one. He explained how he thought it was curious how people would leave an expensive item near the exit in a restaurant and think nothing of it.

Then, on his first day of college, he walked into the classroom and sat down in the middle of a large room surrounded by strangers. He was nervous and trying to blend in. About 15 minutes into the lesson, the teacher suddenly pointed right at him and said: “You probably think you can leave soon, but you’re wrong!”

He had no idea why she’d singled him out or what she meant. He became very insecure and he said it felt like the whole class was staring at him. Then she told him she didn’t like it that he was still wearing his jacket. Only at that point did he realize that everybody had left their jacket outside the classroom, and he felt really embarrassed.

I thought it was a beautiful story about how subtle a lot of our customs and habits are. I also don’t think this teacher ever realized how misguided her assumption was. I decided to retell this story not because I blame her, but because the lesson here is that your audience is a lot more diverse than you think, and people act in different ways for different reasons. Every now and then we need to realize that before we jump to conclusions.

If you’d like to learn how integrating smart fabrics can change the way you’re using jackets, join me at our New York event on December 12th, where Madison Maxey will host a round-table session. The whole event is dedicated to networking and knowledge-sharing, and is the perfect opportunity to test your new skills. Apply for your invite now.

Read next: Eight of the greatest apps you can get for your Mac — at a Black Friday price that’ll shock you