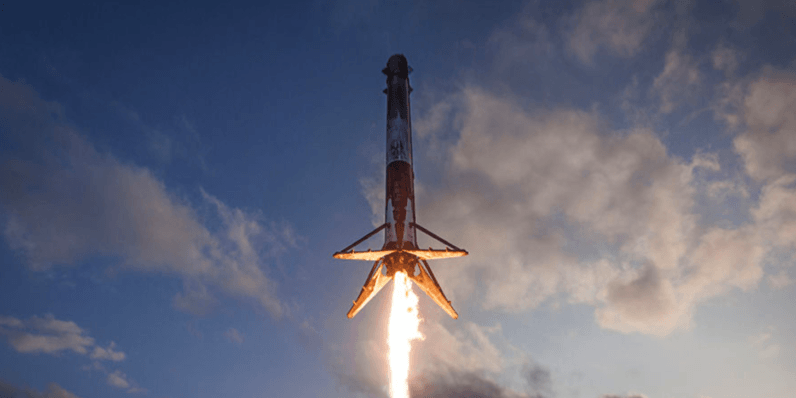 Elon Musk today gave us our first glimpse at what interplanetary travel and colonization could look like. In an Instagram post, Musk provided a series of five videos offering a look at a computer simulation of the SpaceX Interplanetary Spaceship and Rocket, and how it could, conceivably, one day shuttle humans between Earth and Mars.

The series of five short videos opens with a view of the new rocket design, a people carrier meant to ferry people between planets. We see astronauts boarding the vessel before it departs from Cape Canaveral Florida, blasting off the launchpad with over 28 million pounds of thrust.

In the second video, we see the rocket leaving the atmosphere at over 2,000 miles per hour. The booster then separates from the spaceship, heading back to Earth.

The booster sticks the landing on the launch mount in video three. Propellant is then loaded on to the rocket, and it’s re-used, blasted back into orbit to dock with, and refuel the spaceship while in orbit. The tanker, again, returns to Earth while the spaceship departs for Mars.

Video four shows the solar arrays departing from the spaceship. The arrays provide an estimated  200kW of energy that’ll power the ship as it coasts toward Mars.

And finally, video five, shows the spaceship entering Mars’ atmosphere and landing vertically, much like SpaceX’s rocket. Conditions are harsh, with temperatures reaching heights of 1,700 degrees Celsius (3,092 degrees Fahrenheit). Astronauts in specialized suits depart the vessel and, we presume, begin their lives on the red planet.