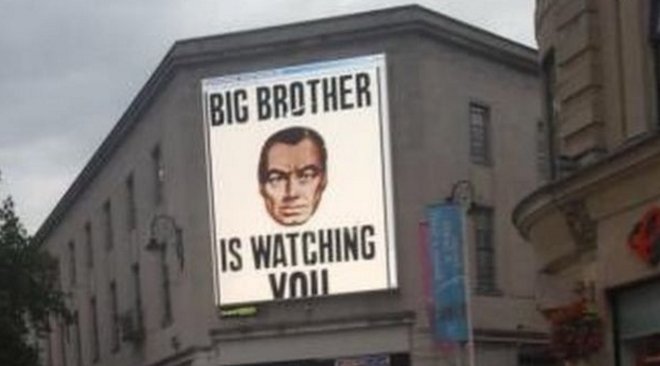 A large outdoor screen in the heart of Cardiff’s busy shopping district was hacked last night, and used to broadcast swastikas, images referencing Islam, and a photo of Donald Trump as Pepe the Frog.

Another image was the iconic “Big Brother is watching you,” from George Orwell’s 1984.

Some Anons from /pol/ were able to hack into a billboard in Cardiff, Wales.

As you can see, they had a little fun. pic.twitter.com/z7qNDzgAZa

South Wales Police received a number of reports relating to the hacked jumbotron. In a statement provided to Wales Online, they said:

On Tuesday evening South Wales Police received a number of calls relating to concerns regarding messages being displayed on the screens in Queen Street, Cardiff. We alerted the city council and will investigate any crimes which may have been committed.

According to a Cardiff Council spokesperson, the council reached out to BlowUP Media, the company responsible for the board, and it has since been switched off.

Read next: Microsoft may be making a Surface keyboard for... the iPad?