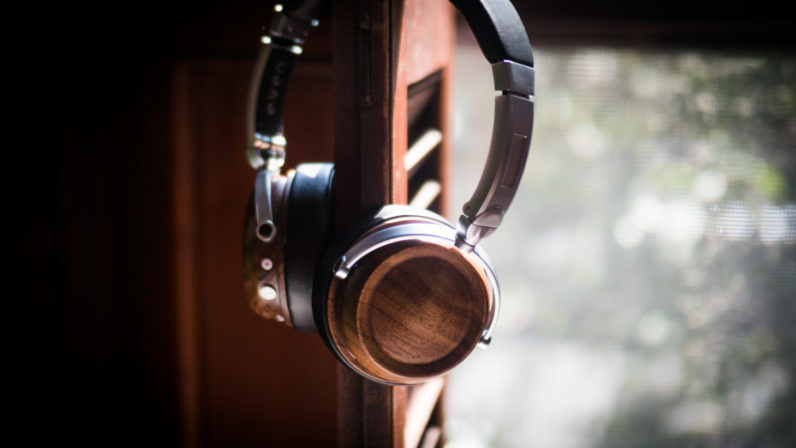 While most tech companies are busy trying to harness virtual and augmented reality, a number of audio companies are studying how software can enhance our listening experiences. Even made waves a few years ago with its headphones that could be tuned to your hearing profile – essentially glasses for your ears, as the company describes it.

Last week, the company announced the H2, its first Bluetooth model. I’ve had the chance to use it over a couple of weeks, and there’s plenty to like – gimmicks or not.

As with previous Even products, the H2 asks you to perform a hearing test upon first listen. The headphones play back sounds at various frequencies – repeated for each ear – and prompt you to press a button as soon as you detect the music.

While at a basic level, it appears to be a glorified equalizer, it does work – at least for my tastes. I’ve always preferred headphones with a slight U-shaped sound signature – slightly boosted sub-bass and treble in particular – and Even’s tuning delivered exactly that. In a testament to Even’s consistency, the sound seemed almost identical to the result I got with last year’s H1:

In my case, Even gave a boost to the sub-bass region and tiny boost to the treble. That took me aback, because it’s basically exactly how I would have normally EQ’d the headphones myself. It’s also worth noting that I tried the test several times, and except for one outlier where the left ear seemed much louder than the right, the headphones seemed tuned exactly the same way every instance.

The difference this time around is that the H2 can store multiple ear profiles thanks to Bluetooth connectivity, which comes in handy if you have to share headphones or want to create different profiles for different settings. After all, your hearing in a quiet room is probably better than, say, a crowded subway.

You’re locked into your individual test results, so you can’t adjust the tuning manually. Even doesn’t want you treating it’s technology as an equalizer, because it kind of defeats the point – finding the most natural sound for your ears. And you can always, of course, apply an EQ to your music player later.

Granted, there are now smartphones, headphones, and apps now offer earprint-type features, but none does it as effectively as Even, in my experience. Most notably, their bass boost doesn’t seem to bloat the midrange, like I’ve seen on some other products. Besides, its easy to turn off the tuning with a tap of a button, though I rarely chose to.

Of course, the earprint tech would be useless without some good hardware behind it, and thankfully the headphones sound pretty great with the feature turned off too. Even uses 40mm beryllium drivers, which are standard in high-end headphones, and the default tuning is very much neutral. Bass response is quick, dynamics are excellent, and they deliver a good soundstage for on-ear headphones. Isolation from the outside word is decent, though not great.

But perhaps the biggest change compared to last year’s H1 is the most mundane: you can now keep the music playing after the battery has died using the included 3.5mm cable. Ironically, you can’t do that with the wired H1, so I was really glad to hear that rectified here.

That said, you probably won’t have to go wired; the headphones are rated at 20 hours of battery life; it took three days of heavy music listening to empty the charge. They also recharge from empty very quickly, at a little over an hour. I wish it used a USB-C port instead of the aging micro USB so I only had to carry one charger, but I’ll forgive it considering the marathon battery.

The solid acoustics are complemented by strong design. The wood cups look classy, the physical buttons are a blessing, and the metal-and-leather headband is comfortable. The headphones are compact, foldable, and flexible enough that they can fit in a carrying case the size of a chunky bagel.

At $300, Even’s H2 don’t come cheap, but the sound quality is favorable against much of the competition. They’re attractive, well built, sound great, and come with a gimmick that’s actually useful and entirely optional – what’s not to like?