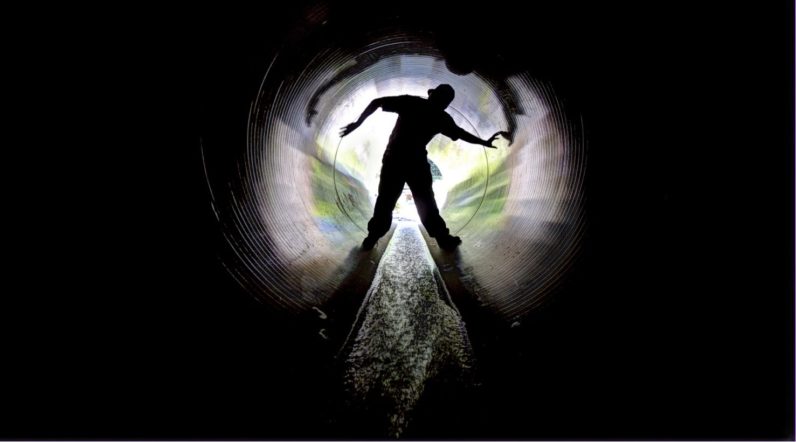 One of the suspected co-founders of AlphaBay hanged himself Tuesday in a Thailand jail, according to local police. He was being held at the request of US authorities on drug-related charges.

AlphaBay was one of the largest illegal goods marketplaces on the dark web until nine days ago when it went offline. Suspicion quickly arose that the secretive people behind the site were engaging in an elaborate exit scam. Turns out, they may have been right: AlphaBay isn’t back up, and speculation abounds that the surviving founder(s) pulled the plug when alleged co-founder Alexander Cazes was arrested.

Cazes was a 26-year old Canadian who authorities say hid in Thailand to avoid US prosecution. Reportedly, he was married to a local woman and resided in Thailand for the last eight years. During the arrest Bangkok police seized four Lamborghinis and three properties owned by Cazes. The total value of seizures so-far is over $11-million – he was seemingly living on the lam in the lap of luxury.

Thai police arrested him on July 5th. Cazes then spent six days awaiting news on his extradition, and on July 12th he was found dead in a jail restroom. Police say a towel dangled nearby as evidence he’d taken his own life.

The young computer programmer was a larger-than-life figure with his Lamborghinis and Bitcoin-powered black market site. AlphaBay is estimated to have generated profits of over $500K daily.

Born in Canada, wanted in America, married in Thailand – Cazes’ short time on Earth was filled with intrigue. We’ll probably never get to the bottom of any of this; the dark web isn’t going to start spitting out reputable sources who don’t mind going on the record.The discussion on AlphaBay and it’s founders will be permeated by rumors and ‘unnamed sources.’

The site was designed to provide anonymity for staff in perpetuity. We’ll never get the full story behind the alter-ego Desnake, but the real Alexander Cazes’ life and death give us a glimpse into the stakes involved with participation in an illegal online marketplace.

Read next: I'm running Windows 10 S as my main OS, and I kind of like it