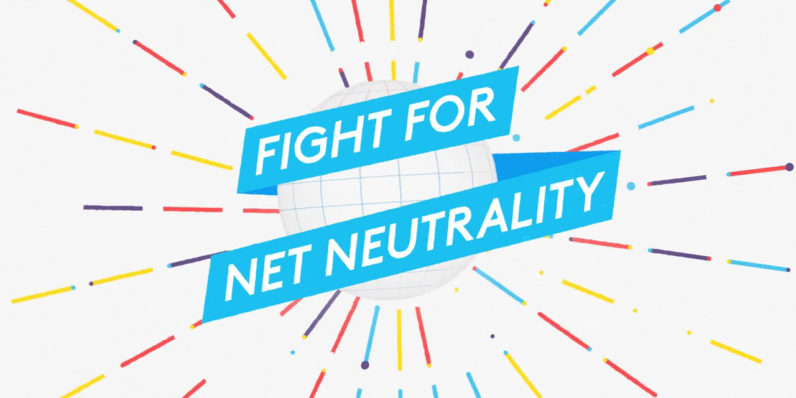 The internet really wants you to know about net neutrality today.

Several of the world’s most popular websites have come out in support of net neutrality on the Day of Action. If you’re not sure what the protest is all about, here’s a primer from the Internet Association:

If you visit several of your favorite sites today, you might notice they’ll give you a call to action and a link to more information about the topic. Some sites aren’t putting the information front and center, but they are making sure everyone has the option of viewing it. See, for example, Amazon:

That tile is a little hard to find, but it’s featured on the front page of Amazon to the right of all the deals. Several other sites (Netflix, Spotify) had similar tiles or pinned links available to view on their front pages, linking to the Internet Association’s page on net neutrality.

Most of the protest alerts center around a common theme: if net neutrality goes, you could be cut off from your favorite parts of the internet as “tiered internet” or “internet plans” are introduced.

Building on that, internet speeds could slow for sites not getting preferential treatment from the ISPs, as Foursquare points out:

#NetNeutrality preserves the freedom of information we all enjoy online. Say no to internet censorship: https://t.co/cFGKigsCFS pic.twitter.com/pDBkG3o2xS

Twitch pointed out something similar:

If Net Neutrality rules are repealed, it could mean a lot more loading spinners.

Reddit’s front page had a more subtle take on it:

Finally, Tim Berners-Lee, the inventor of the World Wide Web, made a video explaining why net neutrality is so important, and why he’s supporting it.

What kind of web do you want? The web's inventor @timberners_lee on why we must stand strong for #NetNeutrality https://t.co/lG88pFZIMy pic.twitter.com/hnwy1PSnBk

Want to know what more you can do to support net neutrality yourself? Here, let us help you out.

Read next: Microsoft PowerPoint now translates your presentations in real-time