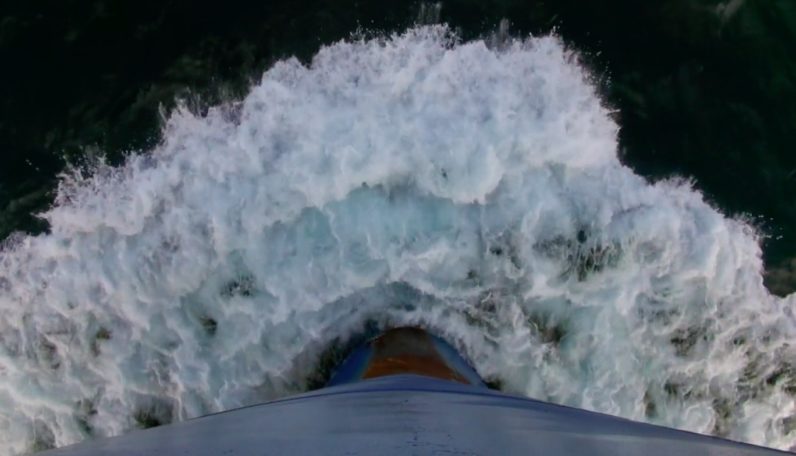 Two companies are taking autonomous vehicles to the next level with self-sailing ships.

Norwegian companies Yara International and Kongsberg Maritime are teaming up to create the world’s first autonomous, fully-electric, zero-emission cargo ship. The battery-driven vessel will be able to haul 100 containers up to 65 nautical miles, according to The Journal.

Yara and Kongsberg believe this should cut down on 40,000 truck journeys per year. Yara, a fertilizer company, ordinarily needs 100 truck trips per day to transport its goods, says CEO Svein Tore Holsether:

With this new autonomous battery-driven container vessel we move transport from road to sea and thereby reduce noise and dust emissions, improve the safety of local roads, and reduce NOx and CO2 emissions.

The ship will be manned on its maiden voyage next year, but both companies expect it to be able to operate independently starting in 2019. It will be named the Yara Birkeland, after Yara’s founder and scientist Kristian Birkeland.

Read next: Robot cop begins patrolling the streets of Dubai