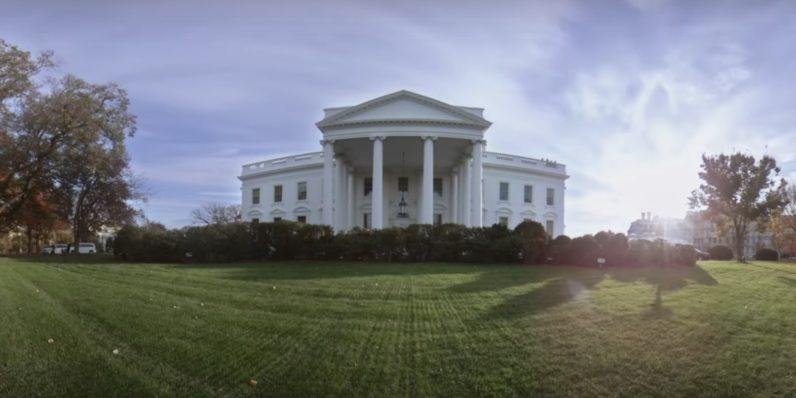 Barack and Michelle Obama are taking viewers through their former home in a new VR film, The People’s House.

In the film, the former President and First Lady take you around the White House, explaining the history and purpose of individual rooms. Viewers are given a close look at otherwise-private spaces in the First Residence.

Felix & Paul Studios debuted a sample of the film in January, and the full version was shown off at the Tribeca Film Festival this week. The VR sessions were filmed over multiple days in the last few months of Obama’s presidency.

This sounds like the optimal use of virtual reality —  it’s pleasant, it’s educational, and it provides a glimpse into a place not physically or publicly accessible. Not many of us have managed to see (or ever will see) the interior of the Oval Office or have a close look at the First Residence.

The People’s House is available for free on the Oculus website.

Former President Obama is ready to give you a tour of the White House, in VR on Mashable

Read next: This prototype device can detect health problems by the way you walk