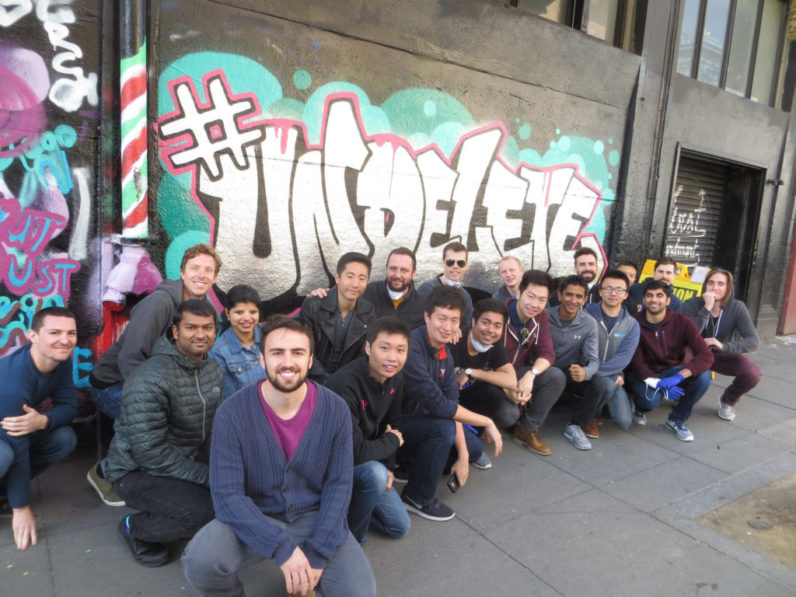 Is there a company more tone-deaf than Uber?

Earlier this year in January, the hashtag #DeleteUber started trending after the company lifted surge pricing and continued to serve passengers from JFK Airport after a protest by largely-immigrant taxi drivers against Trump’s Muslim travel ban.

The hashtag reappeared in February in response to reports of a toxic company culture and rampant sexism from former engineer Susan Fowler.

So, yeah. You could say that #DeleteUber represents two major low-points in Uber’s corporate history. If Uber was a country, #DeleteUber would be the shameful part in its history that people just don’t talk about.

The Verge’s Nick Statt has uncovered a series of photos showing around 20 Uber engineers at a team-building day with 1AM, a San Francisco-based street art group that “represents the freedom of speech through our urban art exhibitions, public murals, and experiences.”

And what did the Uber engineers decide to make? A graffiti mural saying “#undelete.”

Uber, may I give you a word of advice? Next year, try paintball.

Read next: Samsung Galaxy S8 is now officially shipping… in these four countries