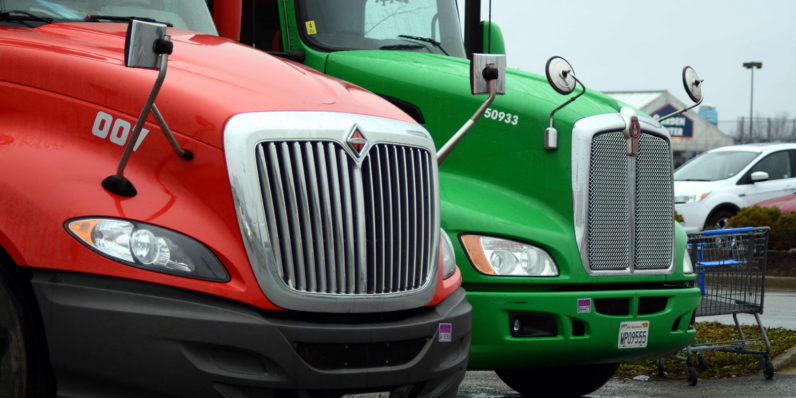 Tesla CEO Elon Musk recently announced his plan to unveil an electric semi truck this September. We’ve known electric semis were coming, but Musk’s announcement beat all but the most optimistic industry analysts.

‘Tesla Semi,’ as it’ll be known, could also see a shift in business models. Estimated to have a 250 to 300 mile range, Tesla could offer battery swaps at specialty stations. In Tesla cars, this takes around 90 seconds. Analysts conservatively predict around five minutes in a truck. Time is money, but five minutes is still quicker than filling up the tanks in a semi.

If true, the deal could be a lucrative one. According to the analysts:

Granted, it’s not going to be profitable all at once. Tesla will have to pay itself back over months or years for the upfront cost of building 1,500 new battery swapping stations — estimated at about $750 million.

Read next: Plastc goes belly up after swiping $9M from backers