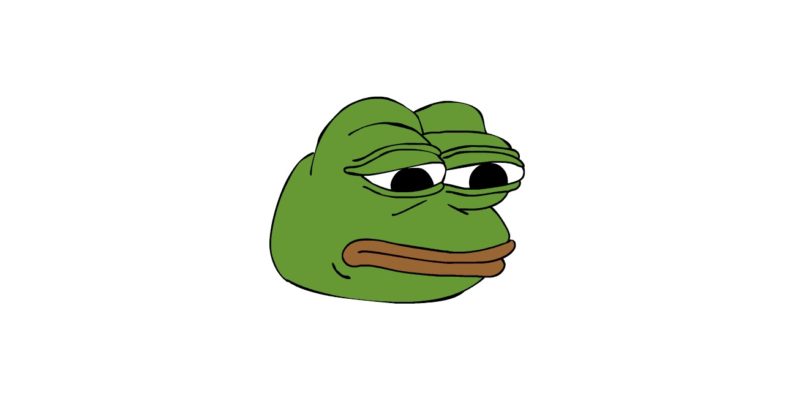 Fashion giant Zara is in hot water as it may have sold a denim skirt with infamous internet meme Pepe the Frog sewn to it.

The New York Times reported that Zara took the skirt in question off of its website after savvy customers pointed out the similarities. It’s not hard to see why it’d want to avoid a comparison: Pepe was officially recognized as a hate symbol by the Anti-Defamation League last year due to its frequent association with online racism and antisemitism.

The New York Times gives the artist who designed the skirt, Mario de Santiago, the benefit of the doubt. They cite his Spanish nationality as a reason he might not be aware of a symbol most closely associated with alt-right niche American politics — not aware enough to know he was imitating it, at least.

Still, looking at the two images side-by-side, it’s not hard to see the resemblance.

They’re different enough that you could reasonably claim they aren’t related to each other, but close enough to raise an eyebrow.

Personally, I think it’s possible the artist has seen an image of Pepe, even if he doesn’t consciously remember it. de Santiago claimed the frog on the skirt was based on a drawing he did four years ago, and Pepe has been around at least seven years, according to KnowYourMeme. It’s not as though the frog only exists on the dark corners of the internet anymore, either. Donald Trump himself tweeted a Pepe image during his campaign last year.

Still, good on Zara for pulling the ambiguously-offensive skirt. If I wanted to see a fashion company awkwardly co-opt an internet symbol, I’d buy that AOL shirt from Urban Outfitters.